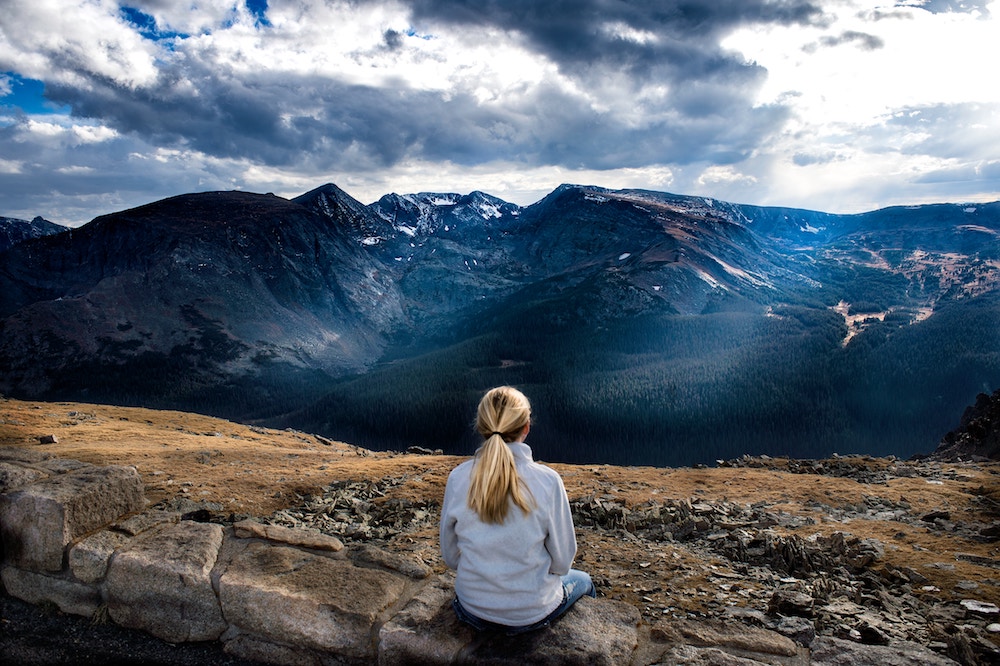 You will note here that the word ‘meditation’ is not used. The thought is a different one. The meditation process, involving the use of thought and the mental building of the form so that it can be completed and rounded out and in line with the thought-form of the disciple’s group of co-disciples, and therefore with the Plan, has been completed to the best of the man’s ability. Now he must, with steadiness, contemplate that which he has created, and with equal steadiness inspire it with needed life, so that it can fulfill its function.

He ceases to reason, to think, to formulate, and to build in mental matter. He simply pours his life into the form and sends it forth to carry out his will. Just as long as he can contemplate and hold steady, so will his creation fulfil his intention and act as his agent.

Just so long as he can focus his attention on the ideal for which he created his thought-form and can link the form and the ideal together in one steady vision, just so long will it serve his purpose and express his ideal. Herein lies the secret of all successful cooperation with the Plan.

We will now study for a while the words “heart, throat, and eye,” for they have a peculiar significance. These three form the apparatus to be employed by all disciples during the world cycle which is so rapidly coming.

That there is not as yet a very large body of disciples in incarnation at this time, and that the apparatus with many who are functioning on the level of discipleship is but in embryo, is profoundly true. It should be remembered however, that the world cycle has only just been inaugurated and will cover a vast period of time. There are only about four hundred accepted disciples in the world at this time – that is, men and women who really know they are disciples and know what their work is and are doing it. There are nevertheless many hundreds (out of the present generation of young people) who stand on the verge of acceptance, and thousands are upon the probationary path.

In all truly esoteric groups, there should be forming a group in which an intellectual understanding of this mechanism of heart, throat, and eye, will be found. It should be constituted of those who are submitting themselves to a discipline and a training which will make its use a demonstrated fact in nature to them. I would call attention to those words, and request their careful study.

A mechanism in the natural body comes into use in two ways: First, its use is involuntary, and there is no comprehension of how, or why, or when, the apparatus is used. An animal employs a mechanism, analogous in many respects to that employed by man. He sees, and hears and functions organically along similar lines to the human, but lacks the mental understanding and the linking of cause and effect which are characteristic of the higher kingdom in nature.

A similar state of affairs exists in the early stages of the path of discipleship, and the final stages of the probationary path. The disciple becomes aware of capacities and powers which are not as yet intelligently under his control. He experiences flashes of insight, and of knowledge which seem unaccountable and of no immediate value. He contacts vibrations and the phenomena of other realms but remains unaware of the process whereby he has done so, and is incompetent either to renew or recall the experience. Within his etheric body, he senses active forces. Sometimes he can localize them, and in any case he admits theoretically that there is awakening into conscious activity, a sevenfold structure, which is symbolic in form, and potent when employed. He cannot as yet control it and he is quite incapable of calling it into intelligent cooperation with his purposes and ideas, no matter how hard he tries. All that he can do is to register such phenomena and keep a record of these experiences, bearing always in mind that in the early stages of his unfoldment only the coarsest and most material of the vibrations will be registered on his brain consciousness. He simply has to wait and to bring his mind to bear upon the purifying of his vehicles and the elimination of all that he recognizes as liable to distort his vision. This period may be long or short according as the aspirant is entering into the subjective consciousness for the first time or is taking up the thread of an older or partially achieved undertaking.

I would like here, to make perfectly clear to all true and earnest aspirants that, in the training to be given during the next few decades, the unfoldment of astral vision and hearing will be entirely ruled out, or (if it exists) will eventually have to be overcome. The true disciple has endeavored to center himself on the mental plane with the object in view of transferring his consciousness higher still, into the wider and inclusive awareness of the soul.

His aim is to include the higher, and there is no need for him, at this stage, to regain that astral facility which was the possession, as you well know, of the little evolved races of the earth, and of many of the higher animals. Later on, when adeptship has been reached, he can function on the astral plane should he so choose, but it should be remembered, that the Master works with the soul aspect of humanity (and of all forms) and does not work with their astral bodies. This has been oft forgotten by teachers both in the East and in the West.

In working with souls the true technique of evolution is carried forward, for it is the soul within the forms in every kingdom in nature which is responsible for the developing work of, and within, the form. May I say therefore to students that their main objective is to become aware of the soul, to cultivate soul consciousness, and to learn to live and work as souls. Until such time as their use of their apparatus becomes voluntary they would be well advised to train their minds, study the laws governing manifestation, and learn to include all that which we now cover by the word ‘higher’ – a misnomer, but it must suffice.

Second, when the use of the subjective instrument becomes voluntary and a man knows how it should be employed, when he is using it, and can discontinue its use or resume it at will, then his whole status changes and his usefulness increases. Through the use of the mind, humanity has become aware of the purposes and employment of the physical apparatus. Now through the use of a still higher faculty, which is a characteristic of the soul, he enters into voluntary and intelligent control of his instrument and learns to understand the purposes for which it exists. This higher faculty is the intuition.

May I add with emphasis that only as the man becomes intuitive does he become of use in a Master’s group and I commend to all aspirants that they most carefully study the meaning and significance of the intuition. When it is beginning to function, then the disciple can pass from the stage of probation to that of acceptance in a Master’s group.

You might ask here how this can be known or ascertained by the probationer.

A great deal of training is given to a probationer without his really recognizing it consciously. Fault tendencies are indicated to him as he seeks with sincerity to train himself for service, and the analysis of motive when truthfully undertaken, serves amazingly to lift the would-be disciple out of the astral or emotional world into that of the mind. It is in the mental world that the Masters are first contacted, and there They must be sought.

But the time has come when the Light in the head is not only present but can be somewhat used. The karma of the aspirant is such that it becomes possible for him, through strenuously applied effort, to handle his life in such a way that he can not only fulfill his karma and carry out his obligations, but has sufficient determination to enable him to handle the problems and obligations of discipleship also. His service to others is carried out with the right motive, and is beginning to count and make its power felt, and he is losing sight of his own interests in those of others. When this occurs certain esoteric happenings take place.

The Master confers with some of His senior disciples as to the advisability of admitting the aspirant within the group aura, and of blending his vibration with that of the group. Then, if decision is arrived at, for the space of two years a senior disciple acts as the intermediary betwixt the Master and the newly accepted aspirant. He works with the new disciple, stepping down (if I so might express it) the vibration of the Master so as to accustom the disciple’s bodies to the higher increased rate. He impresses the disciple’s mind, via his Ego, with the group plans and ideals, and he watches his reaction to life’s occurrences and opportunities. He practically assumes, pro tem, the duties and position of Master.

All this time the aspirant remains in ignorance of what has happened and is unaware of his subjective contacts. He, however, recognizes in himself three things:

There is much misapprehension in people’s minds as to how a Master lets an accepted disciple become aware that he is accepted. An impression is abroad that he is told so and that an interview is accorded wherein the Master accepts him and starts him to work. Such is not the case. The occult law holds good in discipleship as in initiation, and the man goes forward blindly. He hopes, but he does not know; he expects that it may be so, but no tangible assurance is given; from a study of himself and of the requirements he arrives at the conclusion that perhaps he has reached the status of accepted disciple. He therefore acts on that assumption and with care he watches his acts, guards his words, and controls his thoughts so that no overt act, unnecessary word or unkind thought will break the rhythm which he believes has been set up. He proceeds with his work but intensifies his meditation; he searches his motives; he seeks to equip his mental body; he sets before himself the ideal of service and seeks ever to serve; and then (when he is so engrossed in the work on hand that he has forgotten himself), suddenly one day he sees the One Who has for so long seen him.

This may come in two ways: in full waking consciousness or by the registering of the interview on the physical brain as it has been participated in during the hours of sleep.