The Nature of Esotericism 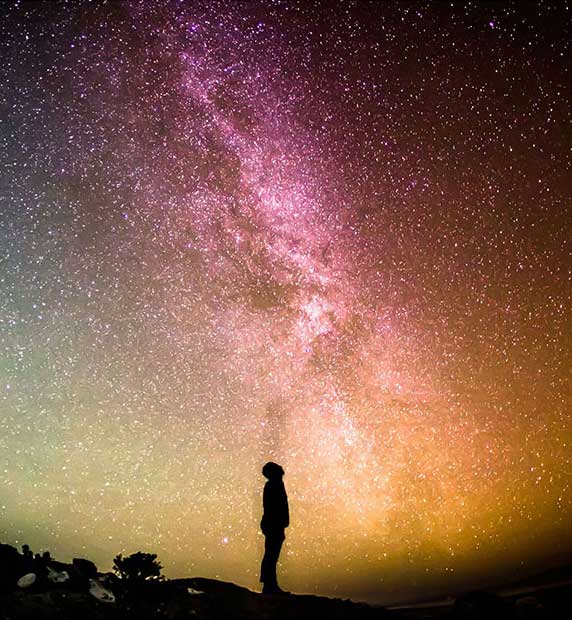 One of the most inadequate of the definitions of esotericism is that it concerns that which is concealed and hidden and which, even though suspected, still remains unknown. The inference is that to be an esotericist is to be among those who seek to penetrate into a certain secret realm to which the ordinary student is not permitted to penetrate. If this were all that it is, then every scientist and every mystic would represent the approach of the mental type and of the developed emotional type to the world of esotericism and of the hidden realities. This would not, however, be accurate. The mystic is never a true esotericist, for he is not dealing in his consciousness with energies and forces, but with that vague “Something other” (called God, the Christ, the Beloved) and therefore, in reality, with that which satisfies the hunger of his soul. The scientist who is now so rapidly dealing with and entering into the world of forces and energies, is in reality a true esotericist – even if, in his effort to control the sought-for energies, he denies their source. That is of relatively small moment; later he will recognize their emanating source.

The basic approach for all who endeavor to grasp esotericism, or to teach esoteric students, is to lay the emphasis upon the world of energies and to recognize that behind all happenings in the world of phenomena (and by that I mean the three worlds of human evolution) exists the world of energies; these are of the greatest diversity and complexity, but all of them move and work under the Law of Cause and Effect. It is hardly necessary for me therefore to indicate the very practical nature of this definition and its applicability to the life of the individual aspirant, to community life and world affairs, or to the immediate conditioning levels of experimental spiritual energies which are constantly seeking impact upon or contact with the world of phenomena. This they do, under spiritual direction, in order to implement the Plan. The above statement is foundational in its importance; all other definitions are implicit in it, and it is the first important truth anent esotericism which must be learnt and applied by each aspirant to the mystery and the universality of that which moves the worlds and underlies the evolutionary process.

The first task of the esotericist is to comprehend the nature of the energies which are seeking to condition him and which work out into expression on the physical plane through the medium of his equipment or his vehicle of manifestation. The esoteric student has, therefore, to grasp that:

He is an aggregation of forces, inherited and conditioned by what he has been, plus a great antagonistic force which is not a principle and which we call the physical body. He is sensitive to and should be increasingly aware of certain energies, at present unknown and of no use to him; of these he must eventually become aware, if he is to move deeper into the world of hidden forces. They may be energies which, for him, would be evil were he to work with them, and these must be distinguished and discarded; there are others which he must learn to use, for they would prove beneficial and would increase his knowledge, and should therefore be regarded as good. Bear in mind, however, that energies per se are neither bad nor good. The Great White Lodge, our spiritual Hierarchy, and the Black Lodge employ the same universal energies but with different motives and objectives; both groups are groups of trained esotericists.

The esotericist in training has, therefore:

• To become aware of the nature of the forces which constitute his personality equipment and which he himself magnetically brought into expression in the three worlds. They form a combination of active forces; he must learn to differentiate between strictly physical energy,which is automatic in its response to other and inner energies, and those which come from emotional and mental levels of consciousness, focussing through the etheric body which, in turn, motivates and galvanizes his physical vehicle into certain activities.

• To become sensitive to the impelling energies of the soul, emanating from the higher mental levels. These seek to control the forces of the threefold man when a certain definite point in evolution is reached.

• To recognize the conditioning energies in his environment, seeing them not as events or circumstances but as energy in action; by this means he learns to find his way behind the scene of outer happenings into the world of energies, seeking contact and qualifying for the bringing about of certain activities. He thus acquires entrance into the world of meaning. Events, circumstances, happenings and physical phenomena of every kind are simply symbols of what is occurring in the inner worlds, and it is into these worlds that the esotericist must enter as far as his perception permits; he will sequentially discover worlds which will call for his scientific penetration.

For the majority of aspirants, the Hierarchy itself remains an esoteric realm which demands discovery and which will accept penetration. I am choosing my words with care in an effort to evoke your esoteric response. Beyond this point of humanity’s destined goal I seek not to go; to initiates and disciples who have not yet taken the Initiation of Transfiguration, the higher realms of awareness and the “secret Place of the Most High” (the Council Chamber of Sanat Kumara) remain deeply esoteric.

It is a higher realm of energies – planetary, extra-planetary and inter-planetary; with them educators have no concern and with their consideration the teaching staff of an esoteric school is not called upon to deal. The task is to train students in the recognition of energy and force; to discriminate between the various types of energy, both in relation to themselves and to world affairs, and to begin to relate that which is seen and experienced to that which is unseen, conditioning and determining. This is the esoteric task. One point should here be stated: Esotericism is not in any way of a mystical and vague nature.

It is a science – essentially the science of the soul of all things – and has its own terminology, experiments, deductions and laws. When I say “soul,” I refer to the animating consciousness found throughout nature and on those levels which lie outside the territory usually called nature. Students are apt to forget that every level of awareness, from the highest to the lowest, is an aspect of the cosmic physical plane, and is therefore (from the angle of evolutionary process) material in nature, and (from the angle or point of view of certain divine Observers) definitely tangible and formed of creative substance. The esotericist is dealing with substance all the time; he is concerned with that living, vibrant substance of which the worlds are made and which – inherited as it is from a previous solar system – is colored by past events, and is (as has been said) “already tinged with karma.” It should also be noted that just as the physical plane, so familiar to us, is not regarded as a principle by the esoteric student, so the cosmic physical plane (from the standpoint of the cosmic lives) is likewise “not a principle.” I give you here much food for thought.

It might be stated that the esotericist is occupied in discovering and working with those principles which energize each level of the cosmic physical plane and which are, in reality, aspects of the qualified life energy which is working in and through unprincipled substance. His task is to shift the focus of his attention away from the substance-form side of existence and to become aware of that which has been the source of form production on any specific level. It is his task to develop within himself the needed responsiveness and sensitivity to the quality of thelife dominating any form until he arrives eventually at the quality of the ONE LIFE which animates the planet and within Whose activity we live and move and have our being.

To do this, he must first of all discover the nature of his own qualified energies (and here the nature of the governing rays enters in) which are expressing themselves through his three lower vehicles of manifestation, and later through his integrated personality. Having arrived at a measure of this knowledge and having oriented himself towards the qualified life aspect, he begins to develop the subtle, inner mechanism through which contact can be made with the more general and universal aspects. He learns to differentiate between the quality or karmic predispositions of the “unprincipled” substance of which his form and all forms are made, and the qualified principles which are seeking expression through those forms and, incidentally, to redeem, salvage and purify them so that the substance of the next solar system will be of a higher order than that of the present one, and consequently more responsive to the will aspect of the Logos.

Viewed from this angle, esotericism is the science of redemption, and of this all World Saviors are the everlasting symbol and exponents. It was to redeem substance and its forms that the planetary Logos came into manifestation, and the entire Hierarchy with its great Leader, the Christ (the present world Symbol), might be regarded as a hierarchy of redeemers, skilled in the science of redemption. Once They have mastered this science, They can then pass on to the Science of Life and deal with the energies which will eventually hold and use the qualified, redeemed and then principled substance and forms. It is the redemption of unprincipled substance, its creative restoration and spiritual integration, which is Their goal; the fruits of Their labor will be seen in the third and final solar system. Their activity will produce a great spiritual and planetary fusion, of which the fusion of personality and soul (at a certain point upon the path of evolution) is the symbol in the microcosmic sense. You can see by this the close relation between the work of the individual aspirant or disciple as he redeems, salvages and purifies his threefold body of manifestation and the work of the planetary Logos as He performs a similar task in connection with the “three periodical vehicles” through which He works: His personality vehicle, His soul expression and His monadic aspect. By means of all that I have said you will realize that I am endeavoring to take the vagueness out of the word “esotericism,” and to indicate the extremely scientific and practical nature of the enterprise upon which all esotericists are embarked.

Share
Posted In
Date
←Previous Article
What is the Relationship of the Son to the Sun?
Next Article→
Telepathic Work