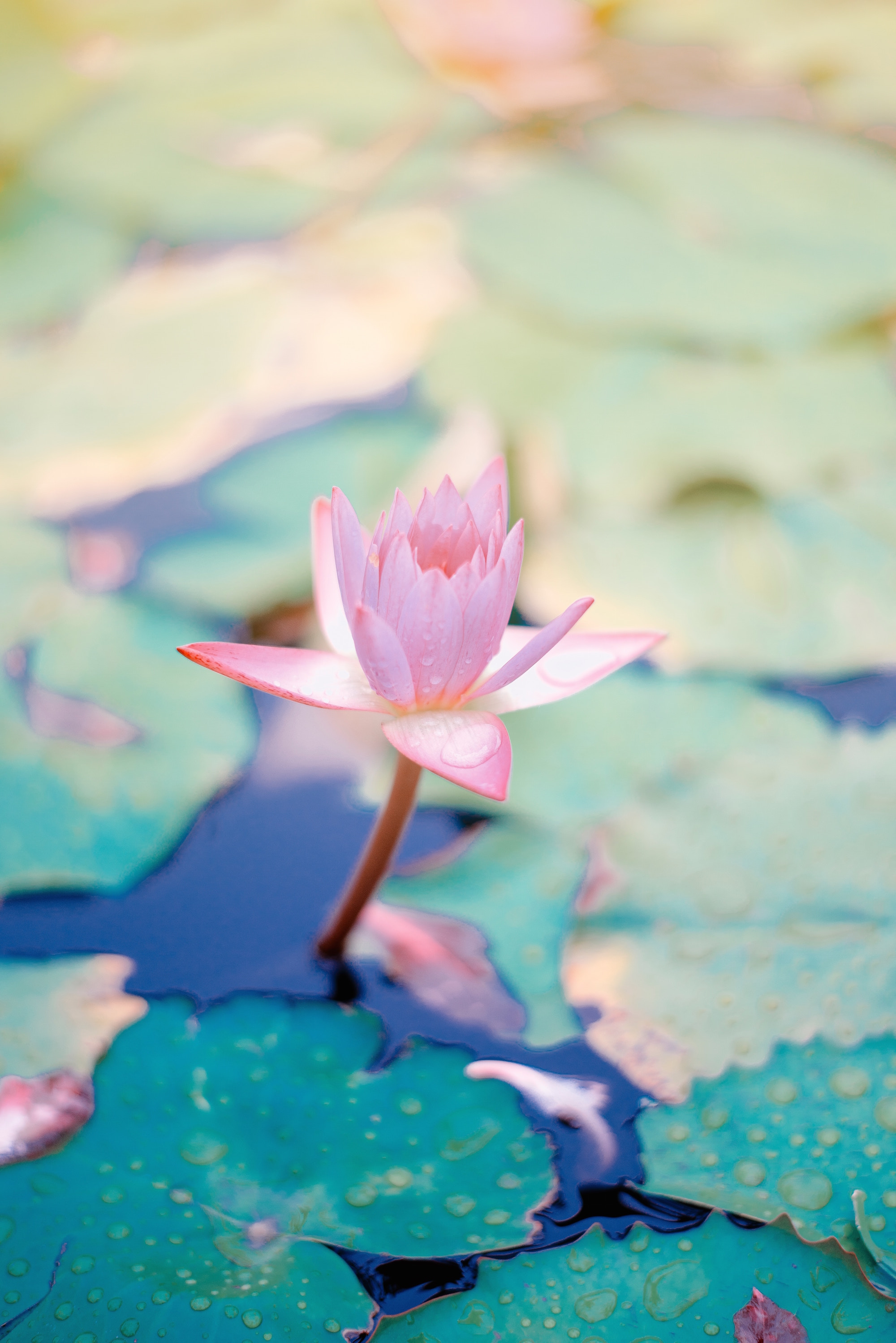 The white magician is ever one who, through conscious alignment with his ego, with his “angel”, is receptive to his plans and purposes, and therefore capable of receiving the higher impression. We must remember that while magic works from above downwards, and is the result of solar vibration, and not the impulses emanating from one or the other of the lunar pitris, the downflow of the impressing energy from the solar pitri is the result of his internal recollectedness, the indrawing of his forces, prior to sending them concentratedly to his shadow, man, and his steady meditation upon the purpose and the plan. It may be of use to the student if he here remembers that the ego (as well as the Logos) is in deep meditation during the whole cycle of physical incarnation. This meditation is cyclic in nature, the pitri involved sending out to his “reflection” rhythmic streams of energy, which streams are recognized by the man concerned as his “high impulses,” his dreams and aspirations. Therefore, it will be apparent why workers in white magic are ever advanced and spiritual men, for the “reflection” is seldom responsive to the ego or the solar angel until many cycles of incarnation have transpired. The solar pitri communicates with his “shadow” or reflection by means of the sutratma, which passes down through the bodies to a point of entrance in the physical brain, if I might so express it, but the man, as yet, cannot focus or see clearly in any direction.

If he looks backward he can see only the fogs and miasmas of the planes of illusion, and fails to be interested. If he looks forward he sees a distant light which attracts him, but he cannot as yet see that which the light reveals. If he looks around, he sees but shifting forms and the cinematograph of the form side of life. If he looks within, he sees the shadows cast by the light, and becomes aware of much impedimenta which must be discarded before the light he sees in the distance can be approached, and then enter within him. Then he can know himself as light itself, and walk in that light and transmit it likewise to others.

It is perhaps well to remember that the stage of discipleship is in many ways the most difficult part of the entire ladder of evolution. The solar angel is unceasingly in deep meditation. The impulses of energy, emanating from him are increasing in vibratory rate and are becoming more and more powerful. The energy is affecting more and more the forms through which the soul is seeking expression, and endeavoring to control.

This brings me to the consideration of the seventh point I made in my earlier analysis of Rule I. I said, “The soul’s meditation is rhythmic and cyclic in its nature as is all else in the cosmos. The soul breathes and its form lives thereby”. The rhythmic nature of the soul’s meditation must not be overlooked in the life of the aspirant. There is an ebb and flow in all nature, and in the tides of the ocean we have a wonderful picturing of an eternal law. As the aspirant adjusts himself to the tides of the soul life he begins to realize that there is ever a flowing in, a vitalizing and a stimulating which is followed by a flowing out as sure and as inevitable as the immutable laws of force. This ebb and flow can be seen functioning in the processes of death and incarnation. It can be seen also over the entire process of a man’s lives, for some lives can be seen to be apparently static and uneventful, slow and inert from the angle of the soul’s experience, whilst others are vibrant, full of experience and of growth. This should be remembered by all of you who are workers when you are seeking to help others to live rightly. Are they on the ebb or are they being subjected to the flow of the soul energy? Are they passing through a period of temporary quiescence, preparatory to greater impulse and effort, so that the work to be done must be that of strengthening and stabilizing in order to enable them to “stand in spiritual being”, or are they being subjected to a cyclic inflow of forces? In this case the worker must seek to aid in the direction and utilization of the energy which (if misdirected) will eventuate in wrecked lives but which when wisely utilized will produce a full and fruitful service.

The above thoughts can also be applied by the student of humanity to the great racial cycles and much of interest will be discovered. Again, and of more vital importance to us, these cyclic impulses in the life of the disciple are of a greater frequency and speed and forcefulness than in the life of the average man. They alternate with a distressing rapidity. The hill and valley experience of the mystic is but one way of expressing this ebb and flow. Sometimes the disciple is walking in the sunlight and at other times in the dark; sometimes he knows the joy of full communion and again all seems dull and sterile; his service is on occasion a fruitful and satisfying experience and he seems to be able to really aid; at other times he feels that he has naught to offer and his service is arid and apparently without results. All is clear to him some days and he seems to stand on the mountain top looking out over a sunlit landscape, where all is clear to his vision. He knows and feels himself to be a son of God. Later, however, the clouds seem to descend and he is sure of nothing, and seems to know nothing. He walks in the sunlight and is almost overpowered by the brilliance and heat of the solar rays, and wonders how long this uneven experience and the violent alternation of these opposites is to go on.

Once however that he grasps the fact he is watching the effect of the cyclic impulses and the effect of the soul’s meditation upon his form nature, the meaning becomes clearer and he realizes that it is that form aspect which is failing in its response, and reacting to energy with unevenness. He then learns that once he can live in the soul consciousness and attain that “high altitude” (if I might so express it) at will, the fluctuations of the form life will not touch him. He then perceives the narrow-edged razor path which leads from the plane of physical life to the soul realm, and finds that when he can tread it with steadiness it leads him out of the ever changing world of the senses into the clear light of day and into the world of reality.

The form side of life then becomes to him simply a field for service and not a field of sensuous perception. Let the student ponder upon this last sentence. Let him aim to live as a soul. Then the cyclic impulses, emanating from the soul, are known to be impulses for which he himself is responsible and which he has sent forth; he then knows himself to be the initiating cause and is not subject to the effects.

Looked at from another angle we get two factors, the breath and the form which the breath energizes and drives into activity. Upon careful study, it becomes apparent that we have, for aeons of time, identified ourselves with the form; we have emphasized the effects of the imparted activity but have not understood the nature of the breath, nor known the nature of the One who breathes. Now in our work we are concerning ourselves with that One Who, breathing rhythmically, will drive the form into right action and right control. This is our objective and our goal. A right understanding is necessary nevertheless if we are to appreciate intelligently our task and its effects.