The Science of the Breath [Rule IV] 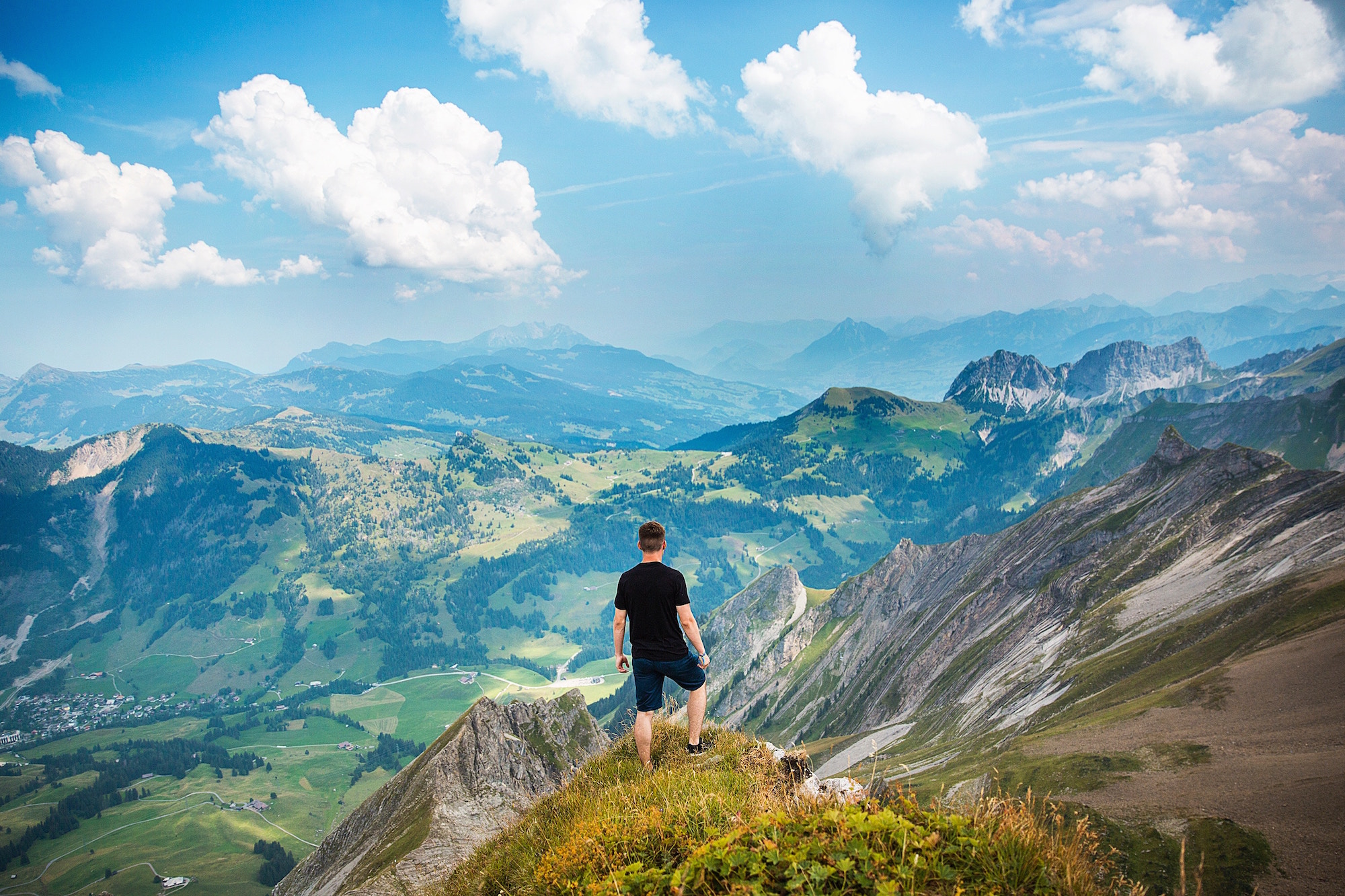 “The man breathes deeply.” This is a phrase covering many aspects of rhythmic living. It is the magical formula for the science of pranayama. It covers the art of the creative life. It sweeps a man into tune with the pulsating life of God Himself, and this through detachment and reorientation.

It is notably interesting as a demonstration of the succinctness and inclusiveness of occult phrases as in Rule IV. The art of breathing is dealt with in three phases, and these I commend to each of you for the most careful consideration.

There is first the aspect of Inhalation. “The man breathes deeply.” From the very depths of his being he draws the breath. In the process of phenomenal living, he draws the very breath of life from the soul. This is the first stage. In the process of detaching himself from phenomenal living, he draws from the depths of his being and experiences the life, that it may be rendered again back to the source from whence it came. In the occult life of the disciple, as he develops a new and subtler use of his response apparatus, he practices the science of the breath, and discovers that through deep breathing (including the three stages of the deep, middle, and top breath) he can bring into activity, in the world of esoteric experiences, his vital body with its force centers. Thus the three aspects of “deep breathing” cover the entire soul experience, and the relationship to the three types of breath, touched upon above, can be worked out by the interested aspirant.

Next we read “he concentrates his forces.” Here we have the stage indicated which can be called retention of the breath. It is a holding of all the forces of the life steadily in the place of silence, and when this can be done with ease and with forgetfulness of process through familiarity and experience, then the man can see and hear and know in a realm other than the phenomenal world. In the higher sense this is the stage of contemplation, that “lull between two activities” as it has been so aptly called. The soul, the breath, the life has withdrawn out of the three worlds, and in the “secret place of the most high” is at rest and at peace, contemplating the beatific vision. In the life of the active disciple it produces those interludes which every disciple knows, when (through detachment and the capacity to withdraw) he is held by nothing in the world of form. As he is but wrestling toward perfection and has not yet attained, these interludes of silence, withdrawingness, and of detachment are frequently difficult and dark. All is silence and he stands appalled by the unknown, and by the apparently empty stillness in which he finds himself. This is called, in advanced cases, “the dark night of the soul ” – the moment before the dawn, the hour before the light streams forth.

In the science of Pranayama it is the moment following upon inhalation wherein all the forces of the body have (through the medium of the breath) been carried upward to the head and concentrated there, prior to the stage of breathing forth. This moment of retention, when properly carried forward, produces an interlude of intense concentration and it is in this moment that the aspirant must seize opportunity. Herein lies a hint.

Then comes the process of exhalation. We read in Rule IV “he drives the thought-form from him.” This is ever the result of the final stage of the science of the breath. The form, vitalized by the one who breathes in correct rhythm, is sent forth to do its work and fulfill its mission. Study this idea with care, for it holds the secret of creative work.

In the experience of the soul, the form for manifestation in the three worlds is created through intense meditation, which is ever the paralleling activity of breathing. Then by an act of the will, resulting in a “breathing forth”, and engendered or arrived at dynamically in the interlude of contemplation or retention of the breath, the created form is sent forth into the phenomenal world, to serve as a channel of experience, a medium of expression and a response apparatus in the three worlds of human living.

In the life of the disciple, through meditation and discipline he learns to reach high moments of interlude whenever he concentrates his forces on the plane of soul life, and then again by an act of his will, he breathes forth his spiritual purposes, plans and life into the world of experience. The thought form that he has constructed as to the part he has to play, and the concentration of energy which he has succeeded in bringing about become effective. The energy needed for the next step is breathed forth by the soul and passes down into the vital body, thus galvanizing the physical instrument with the needed constructive activity. That aspect of the plan which he has appreciated in contemplation, and that part of the general purpose of the Hierarchy in which his soul feels called upon to cooperate is breathed forth simultaneously, via the mind into the brain, and thus “he drives the thought forms from him.”

Finally, in the science of Pranayama, this stage covers that exhaling breath which, when carried forward with thought and conscious purpose behind it, serves to vitalize the centers and fill each of them with dynamic life. More need not be said here.

Thus, in this science of “breathing deeply” we have the whole process of creative work and of the evolutionary unfoldment of God in nature covered. It is the process whereby the Life, the One Existence, has brought the phenomenal world into being, and Rule IV is a digest of the Creation. It is equally the formula under which the individual soul works as it centers its forces for manifestation in the three worlds of human experience.

The right use of the Life-Breath is the whole art at which the aspirant, the disciple, and the initiate work, bearing in mind however that the science of the physical breath is the least important aspect and follows sequentially upon the right use of energy, which is the word we apply to the divine breath or life.

Finally, in the mental life of the disciple, and in the great work of learning to be a conscious creator in mental matter and so produce results in the phenomenal world, this fourth Rule holds the instructions upon which the work is based. It embodies the science of the entire magical work.

Therefore, this Rule warrants the closest consideration and study. Rightly understood and rightly studied it would lead each aspirant out of the phenomenal world into the kingdom of the soul. Its instructions, if carried out, would lead the soul back again into the phenomenal world as the creating force in soul magic and as the manipulator and dominating factor of, and through, the medium of the form.

In the training of the occidental student, blind unquestioning obedience is never asked. Suggestions are made as to method and as to a technique which has proved effective for thousands of years and with many disciples. Some rules as to breathing, as to helpful process and as to practical living on the physical plane will be imparted, but in the training of the new type of disciple during the coming age, it is the will of the watching Gurus and Rishis that they be left freer than has heretofore been the case. This may mean a slightly slower development at the beginning but will result, it is hoped, in a more rapid unfoldment during the later stages upon the Path of Initiation.

Therefore, students are urged to go forward during their period of training with courage and with joy, knowing that they are members of a band of disciples, knowing that they are not alone but that the strength of the band is theirs, the knowledge of the band is theirs too as they develop the capacity to apprehend it, – and knowing also that the love and wisdom and understanding of the watching Elder Brothers are back of every aspiring Son of God, e’en though apparently (and wisely) he is left to wrestle through to the light in the strength of his own omnipotent soul.