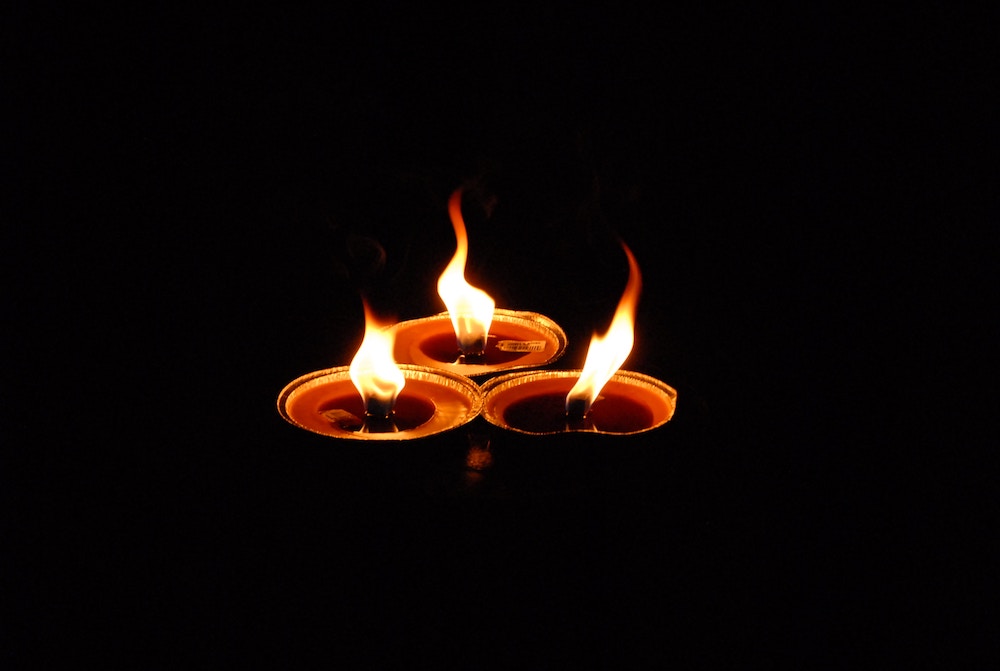 Let us discuss in some detail the three types of telepathy: instinctual telepathy, mental telepathy, and intuitional telepathy. These three produce differing modes of activity and tap (to use a familiar word) differing areas of communication.

1. Instinctual Telepathy is based upon those impacts of energy which come from one etheric body and make an impression upon another. The medium of communication employed is, as we have seen, the etheric substance of all bodies, which is necessarily one with the etheric substance of the planet. The area around the solar plexus (though not in direct relation to that center as it exists as an instrument differentiated from all other instruments or centers) is sensitive to the impact of etheric energy, for this area in the etheric body is in direct “touch” with the astral body, the feeling body. Also, close to the solar plexus is found that center near the spleen which is the direct instrument for the entrance of prana into the human mechanism. This instinctual response to etheric contact was the mode of communication in Lemurian times, and largely took the place of thought and of speech. It concerned itself primarily with two types of impression: that which had to do with the instinct of self-preservation, and that which had to do with self-reproduction. A higher form of this instinctual telepathy has been preserved for us in the expression we so frequently use, “I have a feeling that…,” and allied phrases. These are more definitely astral in their implications and work through the astral substance, using the solar plexus area as a sensitive plate for impact and impression.

One point should here be made clear, and upon it you should ponder. This astral (not etheric) sensitivity, or “feeling telepathy” is basically the Atlantean mode of communication, and involved finally the use of the solar plexus center itself as the receiving agent; the emitting agent (if I may use such a phrase) worked, however, through the entire area of the diaphragm. It was as though there appeared, through emergence, a gathering of forces or outgoing waves of energy in that part of the human vehicle. The relatively wide area from which the information was sent out acted as a large general distributor; the area which received the impression, however, was more localized, involving only the solar plexus. The reason for this can be found in the fact that in Atlantean days the human being was still unable to think, as we understand thinking. The whole lower part of the body, in a sense difficult for us to grasp, was given up to feeling; the communicator’s one thought-contribution was the name of the recipient, plus the name or noun form of that which was the idea to be conveyed. This embryo thought winged its way to its goal, and the powerful “feeling” apparatus of the solar plexus received it (acting like a magnet) and drew the “feeling impression” powerfully there, drawing thus upon the communicator. It is this process which is pursued when, for instance, some mother “feels” that some danger threatens her child, or that some happening is taking place in connection with her child. She is thus sometimes enabled to send, by the medium of instinctual love, a most definite warning. The solar plexus is involved where the recipient is concerned; the area around the diaphragm is involved where the communicator is concerned.

2. In our race, the Aryan, instinctual telepathic work is still the major expression of this spiritual possibility, but at the same time Mental Telepathy is becoming increasingly prevalent. This will be more and more so, as time goes on. It is most difficult in this transition period to define, or differentiate, the peculiar areas involved, because the solar plexus is still exceedingly active. What we have today is a mixture of instinctual telepathy and the beginning of mental telepathy. This manifests, however, very seldom, and then only in the educated classes. With the masses, instinctual telepathy is still the mode of contact. The throat center is primarily involved where mental telepathy is concerned; there is also sometimes a little heart activity and always a measure of solar plexus reaction. Hence our problem. Frequently the communicator will send a message via the throat center, and the recipient will still use the solar plexus. This is the most frequent method, and I would ask you to remember this. The sending out of a message may involve, and frequently does in connection with disciples, the throat center, but the recipient will probably use the solar plexus center. The throat center is the center, par excellence, or the medium, of all creative work. The heart and the throat, however, must eventually be used in synthesis. I stated the reason for this earlier in the words: “Only from the heart center can stream, in reality, those lines of energy which link and bind together. It was for this reason that I have assigned certain meditations which stimulated the heart center into action, linking the heart center (between the shoulder blades) to the head center, through the medium of the higher correspondence to the heart center, found within the head center (the thousand petalled lotus). This heart center, when adequately radiatory and magnetic, relates disciples to each other and to all the world. It will also produce that telepathic interplay which is so much to be desired and which is so constructively useful to the spiritual Hierarchy – provided it is established within a group of pledged disciples, dedicated to the service of humanity. They can then be trusted.” (Discipleship in the New Age I, Page 87)

3. Intuitional Telepathy is one of the developments upon the Path of Discipleship. It is one of the fruits of true meditation. The area involved is the head and throat, and the three centers which will be rendered active in the process are the head center, which is receptive to impression from higher sources, and the ajna center which is the recipient of the idealistic intuitional impressions; this ajna center can then “broadcast” that which is received and recognized, using the throat center as the creative formulator of thought, and the factor which embodies the sensed or intuited idea.

It will be apparent to you, therefore, how necessary it is to have a better recognition of the activity of the centers, as they are detailed in the Hindu philosophy; and until there is some real understanding of the part the vital body plays as the broadcaster and as the recipient of feelings, thoughts and ideas, there will be little progress made in the right understanding of modes of communication.

There is an interesting parallel between the three modes of telepathic work and their three techniques of accomplishment, and the three major ways of communicating on Earth: