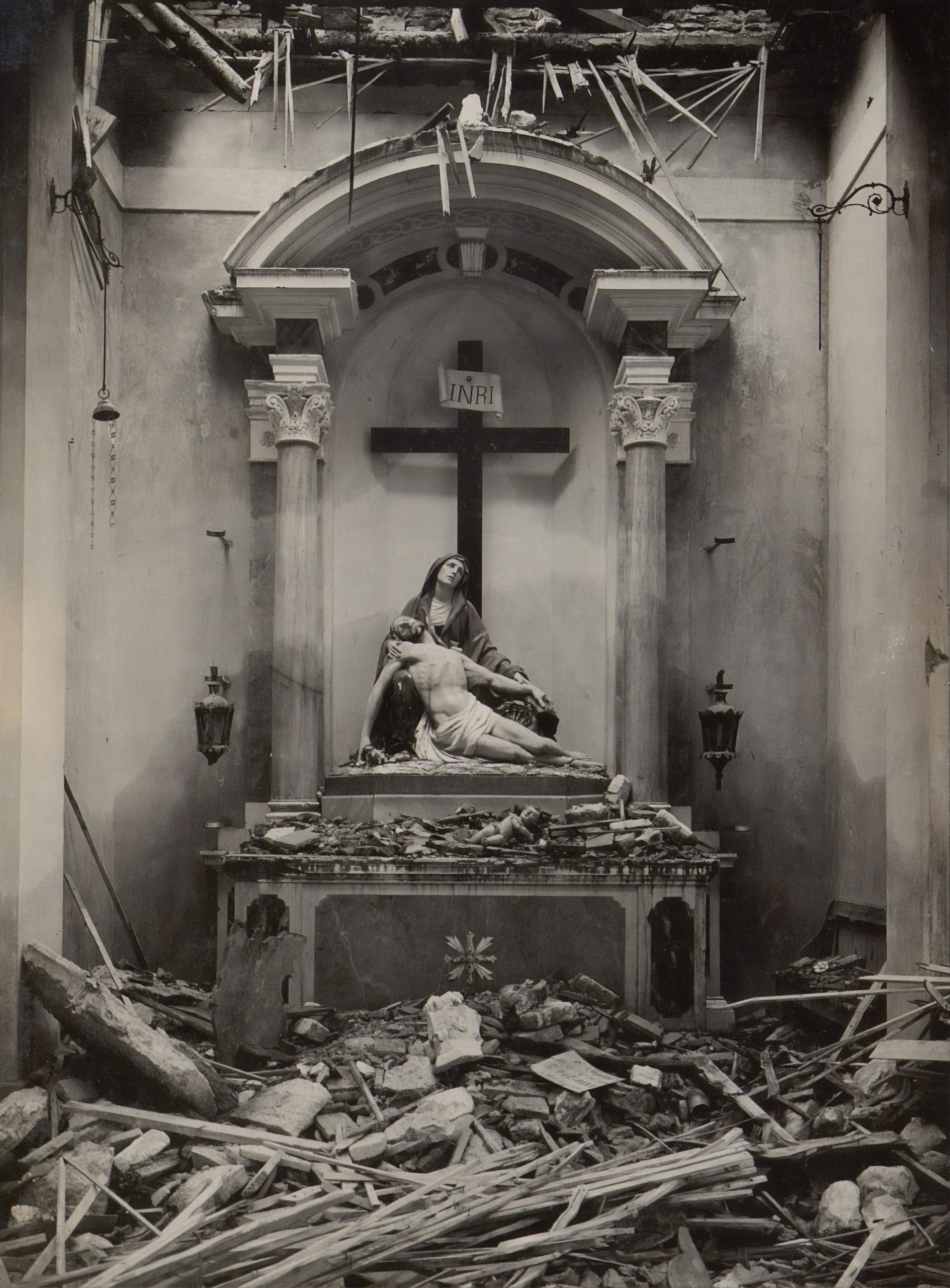 Humanity is today further advanced spiritually and mentally than might appear from external happenings. The first result of such development is eventually the destruction of the outer form because it is proving inadequate to the pulsing, inner, spiritual life; then, secondly, comes the building of the new and more adequate outer expression. This accounts for the world crisis at this time. The cause is based upon four major factors upon which I would like somewhat to enlarge:

These four stages of the Law of Cause and Effect (as it affects humanity at this time) might be called:

You may perhaps think at this point that I am being academic and that the world stress at this time is such that love, sympathy and kind words are needed far more than learned, historical retrospection and suggested hypotheses. I seek, however, to foster in you the spirit of understanding. Such true comprehension necessitates head knowledge as well as heart reaction. The disciples of the world today must endeavor to see why and to what end the present terrible happenings have occurred. A clear expression and statement of causes is needed – free from emotional bias and partisan emphasis. What is happening today is not the result of immediate occurrences. I want you to attempt to regard the present crisis as being caused or initiated by events which are of so ancient an origin that modern, orthodox historians have no record of them.

Only two points of view will serve truly to clarify what is happening at this time.

• First of all, a recognition that modern academic history constitutes only one page in a vast historical record and that the initiating events of which we are in search and which are working out as effects in the planetary life at this time belong to an age so distant that no modern historian recognizes its episodes. Information anent this ancient period must be sought in the many world Scriptures, in ancient monuments, in the science of symbols, in the racial myths, and in inherited and transmitted legends.

• Secondly, that a study of the microcosm, man, will be found to hold, as always, the key to the study of human affairs as a whole. Just as the aspirants and disciples are at this time being tested and tried and subjected to the working out of inexplicable conflicts and drastic changes in their lives, so the same is true of the world aspirant, Humanity.

To the above two reasons another might perhaps be added which will have significance and meaning to esotericists and to all who have in any way grasped the teaching I have attempted to give you in my books anent the three world centers – Humanity, the Hierarchy and Shamballa. This world crisis is related to the approach or the relation of the Hierarchy to Humanity. That great spiritual center of force, the Human Kingdom, has now reached a point of such potency and of such a high vibratory activity that it is shaken to its very depths; all its evolutionary grades and groups are responding to the stimulation, generated within the center itself and also stimulated by Forces emanating from the hierarchical center and from Shamballa.

This precipitates a crisis which has had no parallel in human history but which finds a faint reflection in the crisis which overtook the animal kingdom and which resulted in the formation of a new kingdom in nature – the human. As I have earlier told you, this present world crisis, if met correctly and rightly controlled, will result in the manifestation of the fifth or spiritual kingdom upon earth. This (as you know) will be brought about by the at-one-ing of the two centers – the human center and the Hierarchy. One of the major planetary syntheses is taking place or, perhaps I should say, can take place. (I am wording this with care and would call your attention to my wording.)