The Technique of Fusion 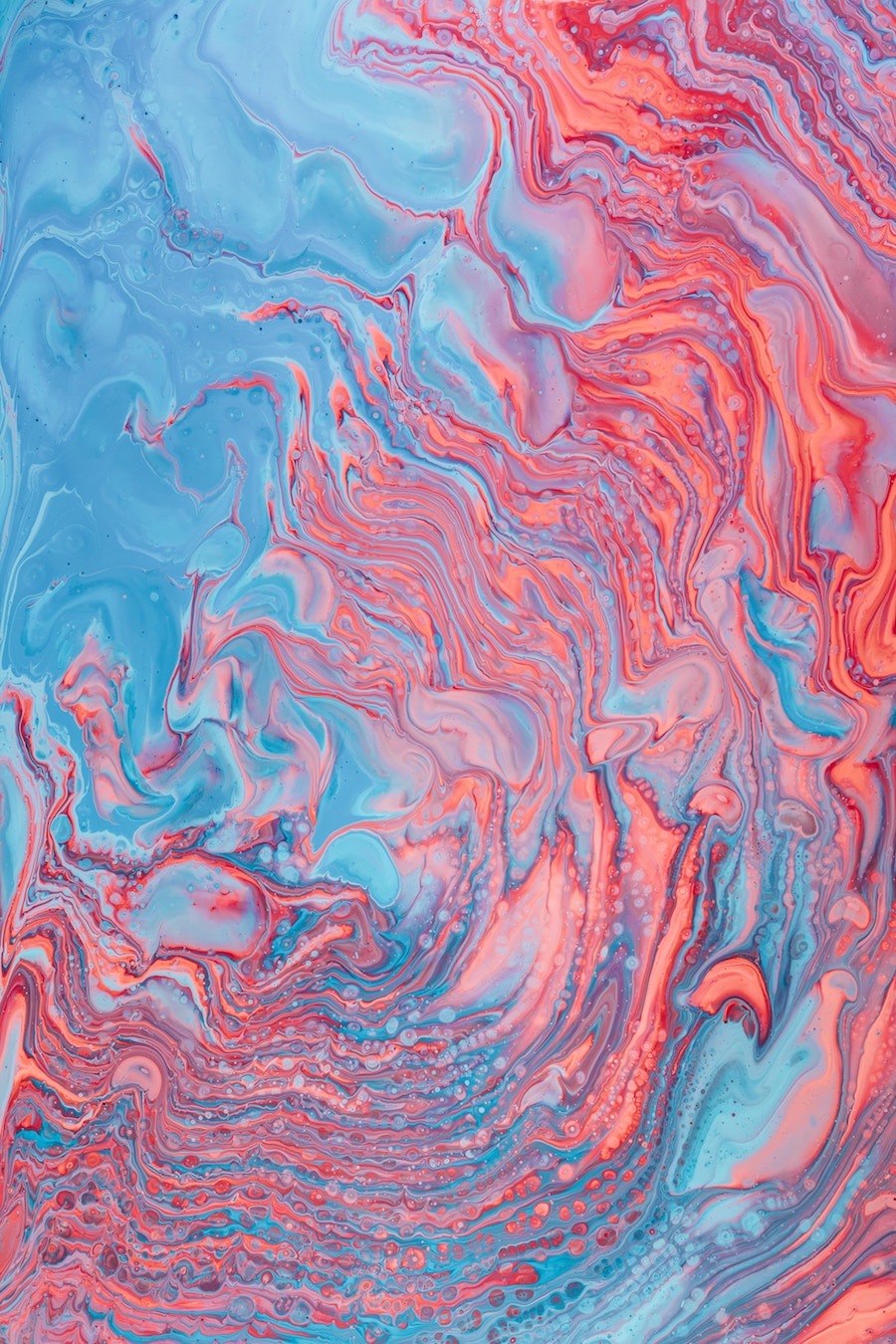 The Technique of Fusion

In this, our final point, we are concerned with the control – constant and unremitting – of the soul over the personality. We are therefore concerned with the stage of initiation which brings to an end the path of development for humanity and inaugurates a cycle of existence of which we know, and can know, nothing except that the liberated Master then begins to function in a dual manner: as a member of the Hierarchy, cooperating with the Plan and occupied with the salvaging of humanity and, secondly, as a disciple of Sanat Kumara. The task of Sanat Kumara in relation to the Masters is to prepare Them to tread the Way of the Higher Evolution. When this becomes possible, the shift of the spiritual “attention” (I use this inadequate word for lack of a better one) is away from the soul and the Angel of the Presence to the mysterious Presence itself; this has hitherto only been sensed and dimly visioned. The Master – freed from the three and five worlds of human and so-called superhuman evolution – has now the full gifts of omnipresence and omniscience. He is aware of the underlying unity, brought about by the factual nature of the One Life and Being Who pervades all manifestation; He has also mastered all possible techniques and modes and methods of activity, of control and of fusion. But having developed those capacities, He now becomes faintly aware of that which conditions the One Being, and senses energies and contacts which are extra-planetary and of which He has hitherto been totally unaware. Knowledge comes to Him after the fifth initiation.

Before Him lies the attainment of a still higher range of perceptions and, in order to garner the reward of those possible contacts, He has to master techniques and methods of development which will make Him omnipotent and, therefore, expressive of the highest of the three divine aspects. This development will put into His grasp potencies and experiences which can only be manipulated and understood through the scientific activity of the WILL and this must be implemented from a point of tension, focused in whatever is meant by the word “Monad.” Do you know what that means, my brother? I am sure that you do not. Only the Masters of the Wisdom have any appreciation of these final unfoldments and then only in the sense of the Wilful aspiration – a phase of aspiration which is characterized by the conscious will, just as the aspiration of the disciple is characterized by sublimated desire. These things are, however, beyond the comprehension of the average disciple; their sole value is to depict the unending opportunity which presents itself at every stage and point of crisis upon the everlasting Way.

We are concerned at this time with the great point of crisis which faces the disciple when he attempts to resolve the final pair of opposites, prior to certain major initiations; this is the confronting the personality by the Angel of the PRESENCE. There is no need for me to define the two aspects of the disciple’s nature, for that is what they essentially are. You have been told and have known that the Dweller upon the Threshold is the fully developed personality – the sumtotal of all the past and the composite presentation upon the physical plane of all unresolved problems, all undeclared desires, all latent characteristics and qualities, all phases of thought and of self-will, all lower potencies and ancient habits of any of the three bodies (both bad and good). These, in their totality, are brought to the surface of consciousness, there to be dealt with in such a way that their control is broken. The disciple is then free to take the final initiations. This process is not consummated in one particular facing of the two antagonistic forces. It is a threefold process, covering each of the three periods before the first three initiations or (from the angle of the Hierarchy) before the two initiations of the threshold and the first major initiation, the Transfiguration.

For many lives, the disciple has been dwelling upon the threshold. He himself is the Dweller. Behind the slowly opening door he senses life, energy, spiritual embodiment, and the fact of the Angel. Between him and that door is a burning-ground; this he faces, and this he knows he has to cross if he seeks to pass through the door. The question for him to answer is whether his will to achieve is strong enough for him to submit his personal lower self to the fires of the final purification. The personal self is now very highly developed; it is a useful instrument which the soul can use; it is a highly trained agent for service; it is essentially a piece of adequate and useful equipment. It has, however, its points of weakness which are liable at any time to present points of crisis; it has likewise its points of strength which can be transmuted with relative ease into points of tension; on the whole, it is a dependable instrument and one which can render good service. Can it and should it be sacrificed so that (esoterically speaking) its life is lost and in its place consecration and devotion are substituted? This is a hard problem for all disciples to solve, to understand and to make effectively practical. Only by crossing the burning ground three successive times are all impediments to the free use of the will destroyed. The relation between the Angel and the Dweller must be released, by means of the will, to full expression. I here refer to the spiritual will and to its three aspects which must be brought into play before the divine will can begin to control. The disciple brings the two aspects of his nature together in full consciousness and with clear intention through a planned act of the will, and this act produces a point of tension in the “center of the burning-ground wherein the two can meet,” as the ancient Archives put it. I would call your attention to the fact that it is at a “midway point” that the great submission of the lower to the higher takes place. It does not happen when the disciple hovers uncertainly upon the periphery of the burning-ground or when he stands before the door with the burning ground experience behind him. The essential point of crisis, producing the needed point of tension, is the result of the “invocative decision” of the personality which, in time, produces an “evocative response” from the Angel. The two factors involved (and forget not, my brother, that all this takes place within the field of consciousness of the disciple) move together and towards each other. In the center of the burning ground they meet, and then the lesser light (a true light in its own right) of the personality is absorbed into the greater light of the Angel or soul. The Angel, therefore, “occultly obliterates” the Dweller who becomes lost to sight in the radiant aura of the Angel. This has been symbolically portrayed for us in the picture book of the heavens when, according to Catholic Festivals, the Assumption of the Virgin takes place and the constellation Virgo is lost to sight in the radiance of the sun. There you have the three factors:

The personality remains; it still exists but it is seen no more as of old. The light of the Angel envelops it; the burning ground has done its work and the personality is now nothing more or less than the purified shell or form through which the light, the radiance, the quality and the characteristics of the Angel can shine. It is a fusion of lights, with the stronger and the more powerful obliterating the lesser.

How has this been brought about? I refer not here to the preparation of the Dweller on the Threshold for this great event or to the aeon of disciplining, of preparation, of experiment and of experience from life to life which has made this consummating event possible and successful. The two aspects in man can only meet in full power and with intention and finality when illusion can no longer control the mind, when glamor has lost all power to veil and when the forces of maya can no longer hinder. Discrimination, dispassion and indifference have produced the dispelling through focused light, the dissipating potency of distributed light and the directing power of light energy. Only five recognitions now control the disciple:

The issues are now entirely clear. It is a question of timing and of decision. I would remind you that in all these processes, it is the disciple who, in full consciousness, acts. He initiates all the processes himself. It is not the Angel or the Dweller but the spiritual man himself who has to employ the will and take definite forward moving action. Once the disciple has taken the necessary steps and moved irrevocably forward, the response of the Angel is sure, automatic and all-enveloping. Complete obliteration of the personal self in three successive stages is the immediate and normal result. It was to this that John the Baptist referred when he said “He shall increase but I must decrease.” When he spoke these words, he spoke as a disciple, prior to the second initiation of the threshold. This occult waxing and waning is portrayed for us in the phases of the moon and, for the planet as a whole, in the sign Gemini, where the light of one of the twins is slowly dimming and the light of the other is gaining in intensity.

When this “occult obliteration” has taken place, what then is the destiny of the disciple? It is complete control by the soul and this, in practice, connotes group realization, group work, group service and eventually group initiation. With these developments, it is not my intent to deal, for I have covered much of these matters in my other books. Here I have been dealing in this short elucidation with the effects that substances and the substantial forces, found in the three worlds, produce in the disciple and as they affect the aspirant. I have not considered the problem of glamor, illusion and maya from the angle of average man. The latter is necessarily immersed in them, and under their constant impact he passes his life. By their means he learns. He is not at the point where he seeks deliverance from them as does the man upon the Path. I have, therefore, considered the problem from the angle of the disciples and aspirants.

From them the WAY opens up, and for them comes the conscious recognition of the light. The need for the service of men and women, free from illusion and glamor, has never been so dramatically present as it is today and it is for these potential servers of a desperate necessity that I have written.

That the Angel of the PRESENCE may make His nearness felt and inspire you to pass courageously through the fires of the burning ground is my earnest prayer; that the fact of the PRESENCE may be sensed by you and lead you to greater activity – once the burning ground is passed – is my deepest wish for you; and that the light may shine upon your way and bring a certain and assured consummation of all the travail and struggle which has characterized your way of life is my heart’s desire for you. To more active and steady enterprise I call you.

See also the Techniques of Fusion and Integration in A Treatise on the Seven Rays, Vol. II, Esoteric Psychology, pp. 345-401.