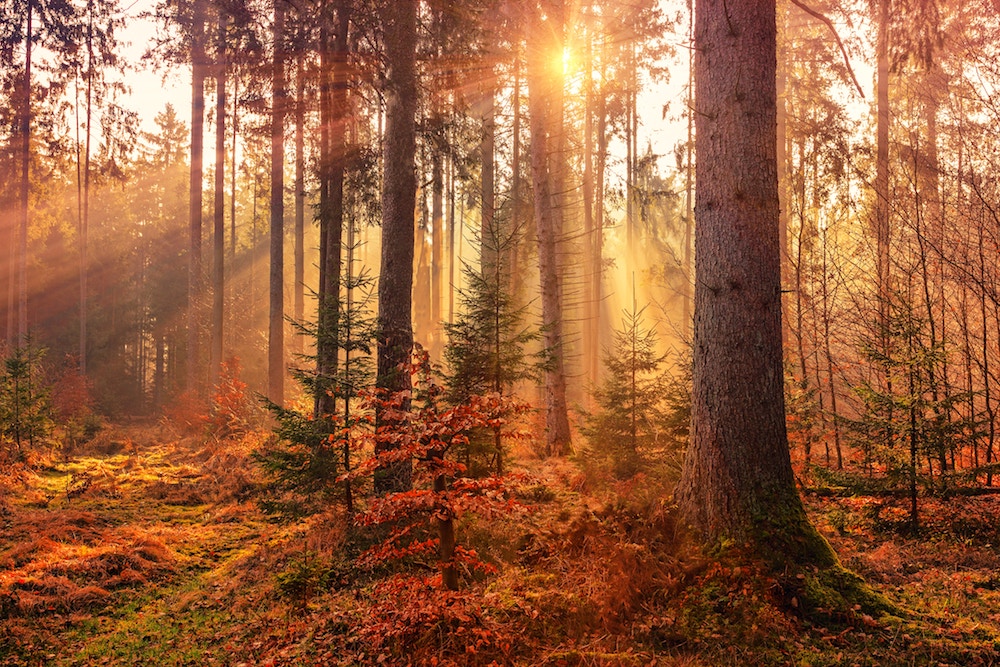 The relation of the soul to the Oversoul is that of the part towards the Whole, and it is this relation and its consequent recognitions, which develop into that sense of oneness with all beings and with the supreme Reality to which the mystics have always testified. Its relation to the human being is that of the conscious entity towards its medium of expression; of the one who thinks, towards the instrument of thought; of the one who registers feeling, towards the field of sensuous experience, and of the actor, towards the physical body – the sole means of contact with that particular field of activity, the world of physical life. This soul expresses itself through two forms of energy, that which we call the vital principle or fluid, the life aspect, and the energy of pure reason. These energies are focused during life in the physical body. The life stream centers itself in the heart, utilizing the blood stream, the arteries and the veins, and animating every part of the organism; the other stream, of intellectual energy, centers itself in the brain, and utilizes the nervous apparatus as its medium of expression. In the heart, therefore, is the seat of the life-principle; in the head is the seat of the reasoning mind and of the spiritual consciousness, which latter is attained through a right use of the mind. Dr. C. Lloyd Morgan says in connection with this word, “soul:”

“In any case what is currently understood by ‘the soul-theory’ has its roots in dualism. And what some people mean when they speak of ‘a psychology without a soul’ is a psychology other than dualistic… There is, however, a sense in which he may, under suitable definition, speak of the soul as distinctive of that level of mental development at which a concept of Spirit is within the field of reflective reference.”
– Morgan, C. Lloyd, Life, Mind and Spirit, page 35.

Earlier in the same book he says that:

It is this revelation of Deity that is the goal of the mystical endeavor and the object of the dual activity of mind – God as life in Nature, God as love, subjectively, and as plan and as purpose, and it is this that the unification, which meditation brings about reveals to man. Through its ordered technique, man discovers that unity which is himself. Through it, he later discovers his relation to the universe; he finds that his physical body and his vital energies are part and parcel of Nature itself, which is, in fact, the outer garment of Deity; he finds that his ability to love and to feel makes him aware of the love that pulses at the heart of all creation; and he discovers that his mind can give him the key which unlocks for him the door of understanding and that he can enter into the purposes and the plans which guide the Mind of God Himself. In fact, he arrives at God and discovers God as the central Fact. Knowing himself to be divine, he finds the whole is equally divine. Dr. F. Kirtley Mather of Harvard University has said in a most illuminating article:

“That there is an administration of the Universe cannot be denied. Something has determined and continues to determine the functioning of natural law, the orderly transformation of matter and of energy. It may be the ‘curvature of the cosmos’, or ‘blind chance’, or ‘universal energy’, or ‘an absentee Jehovah’, or an ‘all-pervading Spirit’, but it must be something. From one point of view, the question: Is there a God? is promptly answered in the affirmative.”

Thus, through finding himself and understanding his own nature, man arrives at that center within himself which is one with all that is; he finds he is equipped with an apparatus which can put him in touch with the differentiated manifestations through which Deity seeks to express itself. He possesses a vital body, responsive to universal energy, and the vehicle for the two forms of soul energy to which I referred above. The subject of the vital body, its relation to this universal energy, and its seven points of contact with the physical organism are covered in my book, The Soul and Its Mechanism, and will not be enlarged upon here, beyond quoting one paragraph.

There is also another body which is composed of the sumtotal of all emotional states, moods and feelings. This body reacts to a man’s physical environment in response to information received by the brain through the medium of the five senses, and conveyed to it via the vital body. Thus it is swept into activity of a purely selfish and personal nature; or it can be trained to react primarily to the mind, regarding the mind (as it so seldom is) as the interpreter of the spiritual self, the soul. It is this emotional body, characterized by feeling and desire, that acts most potently, in the majority of cases, upon the physical body. This latter is regarded by the esotericist as a pure automaton, driven into action by the desire nature and energized by the vital energy.

As the race progresses, another “body,” the mind body, comes into being and activity, and gradually assumes an active and natural control. Like the physical and emotional organisms, this mental mechanism is at first entirely objective in its orientation, and swings into activity through impacts coming to it from the outer world, via the senses. Becoming increasingly positive, it slowly and surely begins to dominate the other phenomenal aspects of man until the personality, in all its four aspects, is completed and unified as a functioning entity on the physical plane. When this happens, a crisis is reached and new developments and unfoldments become possible.

All this time, the two energies of the soul, life and mind, have been working through the vehicles, without the man being aware of their source or purpose. As a result of their work, he is now an intelligent, active, high-grade human being. But, as Browning puts it:

and he is driven by a divine unrest towards a conscious awareness of, and a conscious contact with, his soul – the unseen factor which he senses, but of which he remains personally unaware. Now he enters upon a process of self-education and of an intensive investigation into his true nature. His personality, which has been outgoing towards the world of physical, emotional and mental life, with its attention focused objectively, goes through a process of reorientation, and turns inward towards the Self. Its focus becomes subjective and has for its purpose the emergence into manifestation of that “Deeper Being” about which Keyserling speaks. Conscious union with the soul is sought, and this not only from the emotional and sensuous angle of the devotee and mystic. Direct experience is sought. Knowledge of the divine Self, and mental assurance as to the fact of the indwelling Son of God becomes the goal, of all endeavor. This method is not that of the mystical devotee who through the driving love of his emotional nature has sought after God. It is the method of intellectual approach and of the subordination of the entire personality to the drive towards spiritual realities. All purely mental types and all truly coordinated personalities are mystics at heart, and have passed through the mystical stage at some time or other in some life. As the intellect takes hold and the mind develops, this may temporarily fade into the background and be relegated for a time to the realm of the subconscious. But the emphasis is eventually and inevitably laid upon the will to know, and the drive of the life (no longer satisfied with the inter and external aspects of manifestation) is towards knowledge of the soul and the use of the mind in the apprehension of spiritual truth.

The head and the heart become united in their endeavor. Mind and pure reason are blended with love and devotion in an entire readjustment of the personality to a new realm of awareness. New states of consciousness are registered, a new phenomenal world is gradually perceived, and it begins to dawn upon the aspirant that his life-focus and his consciousness can be lifted entirely out of all past fields of endeavor. He finds that he can walk with God, dwell in Heaven, and be aware of a new world lying within the familiar outer forms. He begins to regard himself as a conscious denizen of another kingdom in nature, the spiritual, which is as real and as vital, as ordered and as phenomenal as any we now know. He steadily assumes the attitude of the soul towards his instrument, the human body. He regards himself no longer as a man, controlled by his emotions, impelled by energy, and directed by his mind, but knows himself to be the Self, thinking through the mind, feeling through the emotions, and acting consciously. As this consciousness stabilizes and becomes permanent, the work of evolution in his case is consummated, the great at-one-ment is made, and the union between the Self and its vehicle of expression is established. Thus a divine Son of God consciously incarnates.

Through the work of education in all its many branches, the coordination of the personality has been tremendously hastened. The mentality of the race is steadily mounting the ladder of achievement. Humanity, through its vast groups of educated and mentally focused people is ready for self-determination and soul-direction. Now the intensive culture of the individual, as taught in the Eastern system, can be undertaken. The education and reorientation of the advanced human being must find its place in our mass education. This is the plea of this book and the object of its writing. How can a man find his soul, or ascertain the fact of its existence? How can he readjust himself to the conditions of soul life, and begin to function consciously and simultaneously as a soul and as a man? What must he do to bring about that union between the soul and its instrument which is essential if the driving urge of his nature is ever to be satisfied? How can he know, and not just believe and hope and aspire?

The experienced voice of the eastern wisdom comes to us with one word: – Meditation. The question naturally arises: “Is that all?” and the answer is: “Yes.” If meditation is rightly followed, and if perseverance is the keynote of the life, then increasingly soul contact is established. The results of that contact work out in self-discipline, in purification, and in the life of aspiration and of service. Meditation in the eastern sense is, as we shall see, a strictly mental process, leading to soul knowledge and illumination. It is a fact in nature that “as a man thinketh so is he.”