The Six Stages of Discipleship – Part I 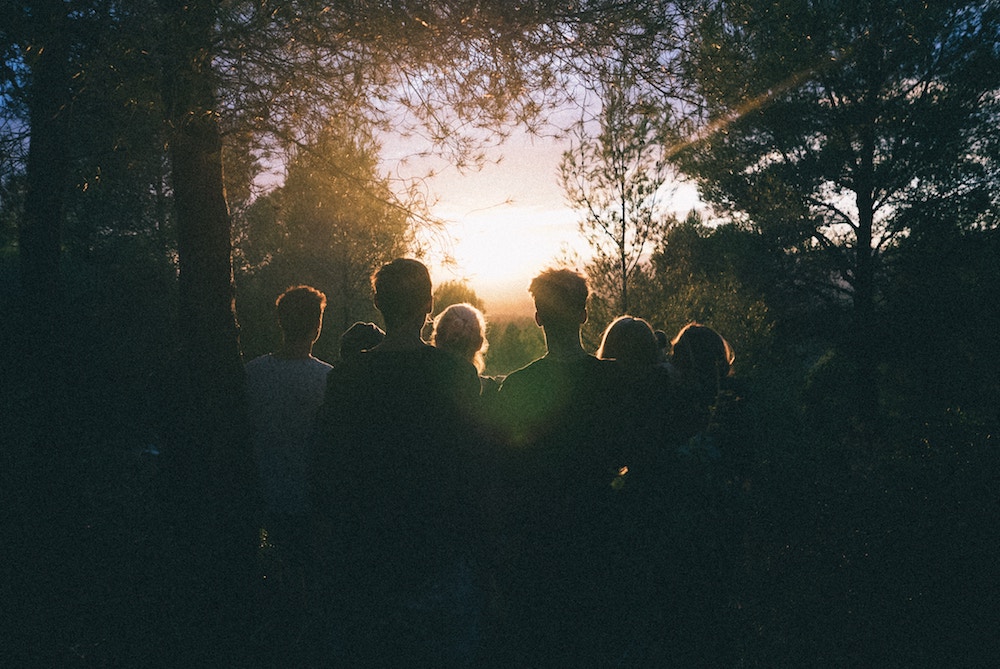 The world today is going through a preparation period and an interlude of adjustment to the new world and the new order which is coming into being. This new world is verily a new creation and with its activities the Masters are today engaged, working as always through the medium of their disciples. In this preparatory period, the Masters are today occupied, among other things, with preparing disciples for constructive work for service and eventually for initiation. They are consequently occupied with forming new groups of disciples who can gradually be integrated into existent groups and be available for world service. It is planned to do this on a large scale because of world need and the willingness of the world aspirants to take the personal risks, incident to this preparatory work.

There are certain very simple rules to which I would refer and which form a foundation of truths which you already accept as necessary to all spiritual advancement. These are the accepted requirements and are recognized as present in all whom the Masters take in hand and weld into their groups for service. They are:

It is not easy for the average person to be fluid and to change details and methods in relation to that which has been taught in the past and about which he has evolved definite and distinct ideas. Are you, therefore, prepared to throw these overboard and work in the way which will meet the new world need under the new incoming influences?

The disciple upon whom the Master can most confidently depend is the one who can – in periods of change – preserve that which is good and fundamental while breaking from the past and add to it that which is of immediate service in the present. An attitude of spiritual compromise is right, needed and very rare to find. Most of the things about which there may be argument and contention among disciples concern methods and relative non-essentials; they deal with points of organization. They are not so important as the inner unity of vision and the ability to concede where no wrong is involved and where a fellow worker fails to see the point. Disciples need to see to it that they do not hinder by any form of self-assertion, or by the imposition of their own ideas or by any authoritarianism, based on past procedure. Ponder on this. The disciple who is sure that he is always right and who is confident that his interpretation of what is needed is infallibly correct and that others must be moulded into cooperation with his planned procedures can greatly hinder the good work. The task of the modern disciple is to sense need and then to meet it and this, again, is part of the new emerging technique of invocation and evocation.

The life of a disciple is a gradual but steady moving in towards the center, and accepted disciples are definitely a part of the Hierarchy. The Hierarchy is a place of fusion of all souls upon the higher levels of the mental plane. Just in so far as a person comes under soul impression, then soul control and final identification with the soul, just so far does he move towards the center of fusion. As your love for humanity increases and your interest in yourself decreases, so will you move towards that center of light and love where the Masters stand in spiritual being.

Later, we will consider the various stages of discipleship but in the meantime it is of value for you to focus your attention upon the relation of the Hierarchy to all accepted disciples. It is just because you are beginners that the whole subject evokes your deep interest. The beginner is full of questions upon all sorts of subjects. The trained disciple is so pre-occupied with the Plan, so infused with love for his fellow-men that his entire orientation is towards the service of the Plan and not towards his own individual progress or towards the Master. The closer he gets to the center and towards the Master, the less attention the Master pays him and the less he is occupied with thinking about the Master. In the early stages, he perhaps necessarily thinks much about his relation to the Hierarchy, to the Master and to his own soul. In the intermediate stage, he is occupied with the achieving of a sense of proportion and a right inner adjustment so that “he faces two ways and each way sees the same vision.” In the final stages when he is the disciple who is also the Master, his consciousness is absorbed into the will of the Creator; his attitude is one of unchanging love and his work is that of radiation – a radiation which evokes activity in others, initiates a response from his fellow-men and carries the Plan the next step forward in meeting the immediate need of humanity.

In this creative work to which I have referred above and to which all disciples can contribute, the work and the task of the Masters is to project into the world those thoughts and those formulated divine ideas, those concepts and significance’s which embody – at any one time – the immediate Plan for humanity. A Master, therefore, searches for those minds which are sensitive to this Plan. He is not primarily occupied in looking for people who are good – so-called. Self-forgetfulness and straight kindness means ever harmlessness and that connotes the utmost good. He seeks for those types of people who can respond in unison to that aspect of the Plan for which the Master is responsible and for those who can be taught to subordinate their personalities to its requirements. They have no selfish purposes and desire nothing but only to aid the Master and those senior disciples who may be working under his supervision at some aspect of the Plan. This involves, as I have pointed out, their training in adaptation, in the recognition of true values, in fluidity of ideas, and selfless work for their fellow-men.

A Master’s group is not a place wherein disciples are taught to make their personality adjustment and soul contact. It is not a place where character discipline is imposed and right relations established between the personnel of a group of junior or senior disciples. The rules for instituting soul control are ancient and well-known. They have to be practiced for long periods before the stage of accepted discipleship is reached. The contest with the lower nature and the building in of the needed qualities which are essential to the world worker are the normal theme of life experience and, therefore, humanity in its intelligent brackets is constantly and steadily undergoing this training. The capacity to work in collaboration with others at some directed piece of work is a part of the evolutionary process itself and is inevitable. I want to make entirely clear to you that the practices of a purificatory nature and the cultivated right habits of thought which are the major undertaking of an aspirant’s life are not the major undertaking of the disciple. They are regarded as incidental and foundational; they concern the handling of the personal self and are the task of the individual soul and are carried forward under soul supervision and not under the supervision of a Master. What, therefore, is the contribution and work of the disciple?

The group of every Master is distinguished by its thought content, contributed by the disciples and used by the Master in his work for humanity. Therefore, the thought life of every disciple must be conditioned by three factors:

The group of a Master is a focus of power, built up by the Master in three ways:

I use the word “initiation” here because I want all disciples who read my words to realize that initiation is not something which they undergo as a result of any training which they may receive from a Master or because they have reached a certain stage of advanced evolution. It is a process of continuing integration into centers of force, i.e., into a Master’s group, into the Hierarchy as a whole and consciously, and – as disciples attain adeptship – into Shamballa. You can see, therefore, that a Master can be greatly hindered or aided in his work for humanity by his choice of disciples. They should ponder on this fact because in so doing the process of decentralization will proceed more rapidly and their love and service will consequently increase with a paralleling certainty and surety.

I would have all disciples grasp this clearly and so get into their consciousness the idea of contribution, watching their thought life with care, so that there may be in it that which will increase the potency and purity of the ideal which at any time is dominating the group and which will be of such a quality that it will precipitate that “pool of thought” with which all disciples can be in rapport and entitled to use.

I would have you also remember that a Master’s group is a center of energy into which the disciple is precipitated and that its effect upon him, as a personality, is eliminative and evocative. Those two words cover the life of every disciple. They are singularly descriptive of what is happening to humanity, as the process (so long foretold) of externalizing the Hierarchy and restoring the Mysteries upon the outer plane, is slowly proceeding. The Hierarchy is essentially the group of the Lord of the World; it is his Ashram. In this statement lies the enunciation of a relatively new truth as far as human knowledge is concerned. Before the Hierarchy can work more openly and with fuller recognition by mankind, there must be the elimination of all hate and all sense of separateness and the evocation of good will and right human relations as the result of the activities of all disciples. The widespread recognition of the evil of the present war and of errors in every national policy make it possible eventually to produce a general attitude which will clear the way for the needed right adjustments. It is the same process of awakening and of consequent strife which disciples experience in their individual lives and which prepare them for the stage of accepted disciple.

The vortex of force into which the disciple is plunged (by right of his own effort and the decision of his Master) gives him a needed training in the handling of those energies which are the substance of all creation, thus enabling him to contribute to the creation of the new world. There is always a new world in process of forming; the keynote of the work of every disciple can be summed up in the familiar words: “Behold, I make all things new.”