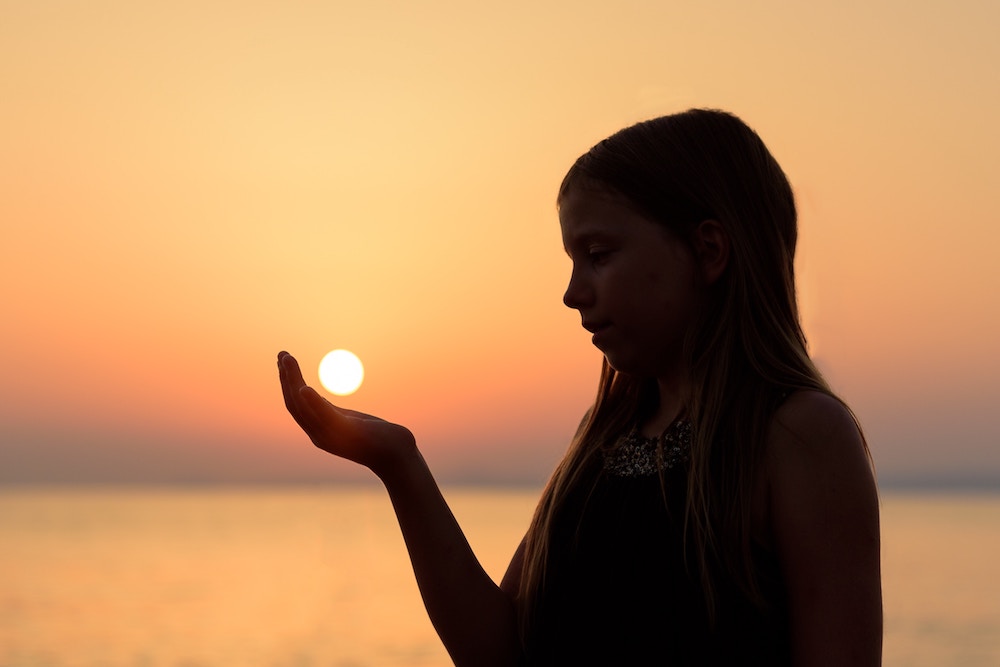 The secret of all true meditation work in its earlier stages is the power to visualize. This is the first stage to be mastered. Disciples should lay the emphasis upon this process; in it lies eventually the ability to use the creative powers of the imagination, plus mental energy, as a measure to further the ends of the Hierarchy and to carry out the Divine Plan. All the new processes in meditation techniques (for which the New Age may be responsible) must and will embody visualization as a primary step for the following reasons:

1. Visualization is the initial step in the demonstration of the occult law that “energy follows thought.” This, of course, everyone interested in occult study recognizes theoretically. One of the tasks confronting disciples is to achieve factual knowledge of this. Pictorial visualization (which is a definite feature of the work in many esoteric schools) is simply an exercise to bring about the power to visualize. In the work of those disciples who are being trained for initiation, this external aspect of visualization must give place to an interior process which is the first step towards the direction of energy. The visualizing of pictures is intended to focus the aspirant within the head at a point midway between the pituitary body and the pineal gland. In that area, he draws pictures and paints scenes and thus acquires facility to see – in large and in detail – that which he desires and for which he intends to work. The visualizing of what might be called “directed process” goes on in a more focussed manner and in the area directly around the pineal gland. The pineal gland then becomes the center of a magnetic field which is set in motion – in the first place – by the power of visualization. At that point, energy is gathered by the disciple and then directed with intention to one or other of the centers. This focussed thought produces inevitable effects within the etheric body and thus two aspects of the creative imagination are brought into play.

2. The power to visualize is the form-building aspect of the creative imagination. This process falls into three parts, corresponding somewhat to the creative process followed by Deity Itself:

This process of energy direction can become a spiritual habit if disciples would begin to do it slowly and gradually. At first, the visualizing process may seem to you to be labored and profitless but, if you persevere, you will find eventually that it becomes effortless and effective. This is one of the most important ways in which a Master works; it is essential, therefore, that you begin to master the technique. The stages are:

The disciple learns to do this within himself and later to direct the energy (some chosen and particular kind, according to the demand of the occasion) to that which lies without himself. This constitutes, for example, one of the major healing techniques of the future. It is also used by the Master in awakening his disciple to certain states of consciousness, but with these you have naught to do.

3. The power to visualize correctly is one definite mode of ascertaining truth or falsity. This is a statement difficult for you to comprehend. Visualization is literally the building of a bridge between the emotional or astral plane and the mental level and is, therefore, a personality correspondence to the building of the antahkarana. The astral plane, the second aspect of the personality, is the correspondence to the form-building aspect of the Trinity, the second aspect. The creative imagination “pictures a form” through the ability to visualize and the thought energy of the mind gives life and direction to this form. It embodies purpose. Thereby a rapport or line of energy is constructed between the mind and the astral vehicle and it becomes a triple line of energy when the soul of the disciple is utilizing this creative process in some planned and definitely constructive manner.

This visualizing process and this use of the imagination form the first two steps in the activity of thoughtform building. It is with these self-created forms – embodying spiritual ideas and divine purpose – that the Masters work and hierarchical purpose takes shape. Therefore, my disciples, it is essential that you begin with deliberation and slowly to work in this manner and to use the above information constructively and creatively. The need of the times is increasingly great and the utmost of work and of purpose is desired.

The goal of initiation is held out by the Masters to all their disciples and they stand ready to give the needed instruction. I would remind you at this early stage that only that which you know for yourself and experience consciously within yourself is of importance and constitutes the truth for you. That which may be told you by others, even by me, serves no vital purpose, except to enhance or corroborate an already known truth, or to create illusions or responsibility until it is either rejected or experienced by you in your own consciousness. Do you understand what I mean?

Initiation might be defined at this point as the moment of crisis wherein the consciousness hovers on the very border-line of revelation. The demands of the soul and the suggestions of the Master might be regarded as in conflict with the demands of time and space, focussed in the personality or the lower man. You will have, therefore, in this situation a tremendous pull between the pairs of opposites; the field of tension or the focus of the effort is to be found in the disciple “standing at the midway point.” Will he respond and react consciously to the higher pull and pass on to new and higher areas of spiritual experience? Or will he fall back into the glamour of time and space and into the thralldom of the personal life? Will he stand in a static quiescent condition in which neither the higher trend nor the lower pull will affect him? One or other of these three conditions must distinguish him and must succeed upon an earlier and vacillating experience wherein the disciple vibrates between the higher and the lower decisions. It is at this process, the Master presides. He is able to do nothing because it is the disciple’s own problem. He can only endeavor to enhance the desire of the soul by the power of his directed thought. The personality can also do nothing, for at this point both the physical body and the astral vehicle are simply automatons, waiting responsively for the decision of the disciple, functioning in his mental body. Only the disciple can act upon the mental level of consciousness at this point of endeavor. Once he does so, the die is cast. He either moves forward towards the door of light where the Master takes his hand and the Angel of the Presence becomes potent and active in a way which I may not describe to you, or he drops back temporarily into the life condition of the lower man; glamour and maya settle down anew upon him and the Dweller on the Threshold inserts himself between the disciple and the light from the open door and renews activity. The disciple either awakens suddenly to a wider grasp of reality and a deeper understanding of the Plan and his part in it, or the “veils of earth” close over his head; the vision fades and he reverts into the life of an ordinary human being, probably for the period of the incarnation wherein the opportunity was offered to him. Should he, however, go forward through that door, then (according to the initiation which becomes possible) will be the revelation and its attendant consequences. The revelation will not the revelation of possibilities. It is a factual experience, resulting in the evocation of new powers and capacities and the recognition of new modes and fields of service. These powers are conditioned by past developments and the presence of these capacities, plus a freedom of movement “within the bounds of the Hierarchy” which lie far beyond anything which he may have dreamed, become his. New hierarchical contacts are now possible to him; new responsibility is laid upon his shoulders and new “fields of potency” become available for his use in world service.

You have often heard that the Guru, or Teacher, in the East would teach his disciple by the giving of a hint. If you have read and studied the ancient writings of India (and who today has not read at least some of them?) you will have noted that these hints fall into two categories:

To these were later added teachings concerning the creative process when God made the worlds, and much concerning energy and the development of the centers (laya-yoga, as it is technically called) . These four lines of teaching are practically all that is given and all the training offered was of an exoteric nature. You can see for yourselves that it was preparatory in nature and that the training for initiation was so deeply hidden in the emphasis laid upon the relation of Guru and disciple that it did not find expression in words and was not, therefore, revealed in any way. The few possible symbolic hints and meanings have been investigated and the erudite esotericist has already drained these sources of information dry.

What I am seeking to do is to carry the teaching another stage outward and make exoteric what the Master taught his disciple in the ancient days when the fundamental truths anent the universal consciousness had been somewhat grasped by the disciple and the particular had been also successfully worked out in its rightful place and manner by the disciple. The old rule ever remains an unalterable rule that all true esoteric teaching begins with the universal and ends with the particular; this you must ever and always bear in mind. It is my difficult task to put into modern language and into symbolic forms these hitherto unwritten rules. Much that has been given out since the time that H.P.B. struggled and worked has been truth, including information anent initiation. Much has been fanciful and grievously distorted.

When a neophyte first of all applies to the Master for the training needed prior to initiation, what would you say was the Master’s problem? I am assuming that the Master knows his disciple well, is convinced of his sincerity and of the appropriateness of his appeal. I am also assuming that you realize that the so-called “appeal” is the quality of the life lived, the service rendered and the presence of an illumined mind – illumined through some definite measure of soul contact.

The Master’s problem is to teach him the stabilization of the relation between soul and body so that, at will, contact can be established between them; the astral body provides no hindrance that amounts to anything, and through that soul contact a facile relation to the Hierarchy, its purposes and resources can be made. Secondly, the nature of energy and its wise utilization through the medium of an integrated personality is indicated.