The Dispelling of Glamour 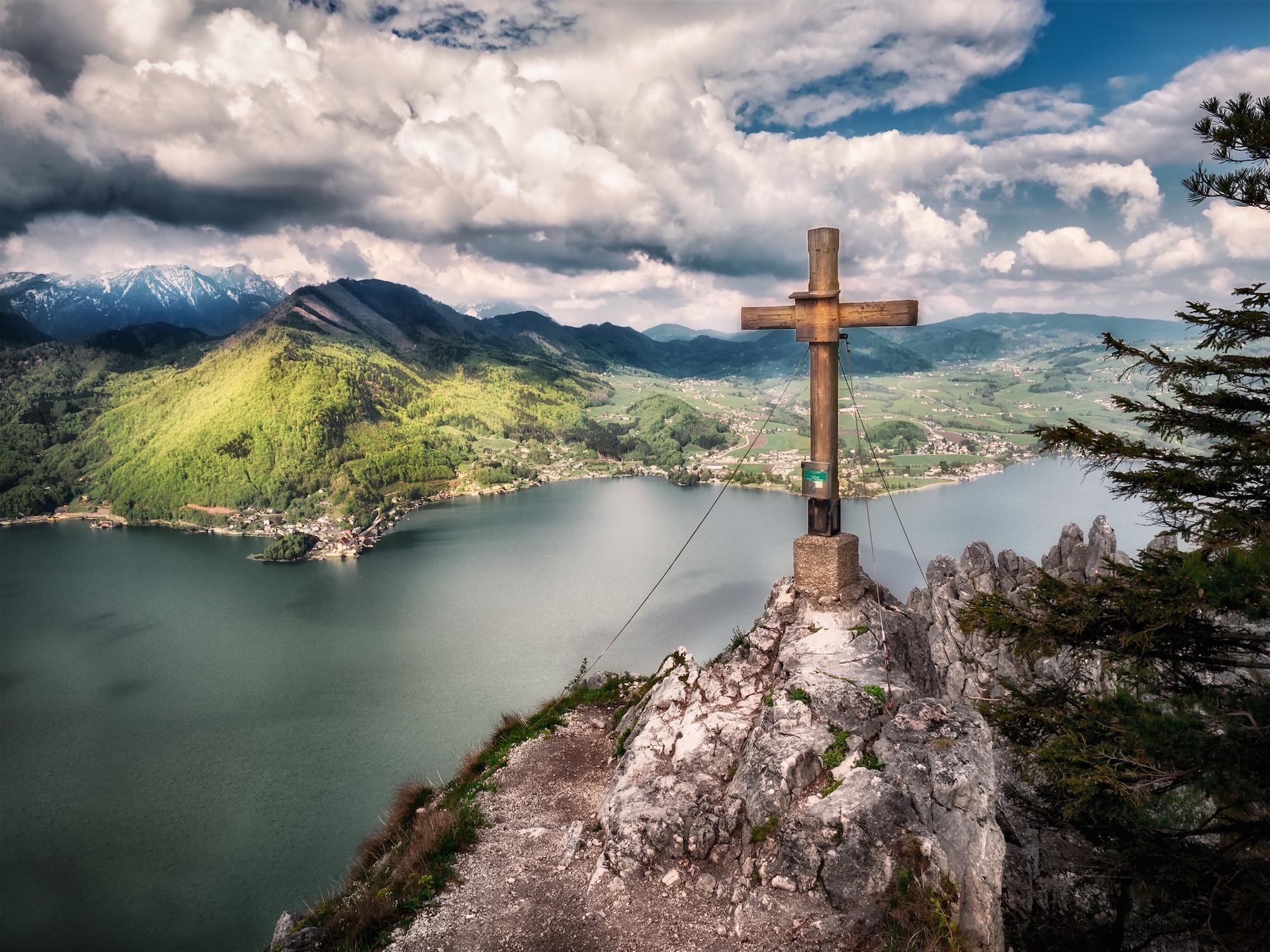 The word “glamour,” the outstanding characteristic of the astral plane, has never been correctly employed and it is a pity that it was ever used in the early days of the esoteric teachings. The so-called “astral plane” is simply the name given to that sum total of sentient reactions, of feeling-responsiveness, and of emotional substance which man has himself so powerfully created and so successfully projected that he is today the victim of that which he has made. Eighty per cent of the teaching given about the astral plane is a part itself of the great delusion and a part also of that unreal world to which we refer when we pray the ancient prayer: “Lead us from the unreal to the Real.” What is said about it has little basis in fact; it has, however, served a useful purpose as a field of experience in which we can learn to differentiate between the true and the untrue; it is an area also in which the aspirant can use the discriminating faculty of the mind – the great discloser of error and the eventual revealer of truth.

Once that “mind is in us which is also in Christ” (Phil., II, 5.), we shall find that the control of this emotional nature and this sentient area of consciousness (the astral plane, if you prefer the term!) becomes complete. Then this past sentient control and its entire area of influence no longer exists. It has no reality, except as a field of service and a realm in which men wander in despair and bewilderment. The greatest service a man can render his fellowmen is to free himself from the control of that plane by himself directing its energies through the power of the Christ within. He will then find that the self-centered forces and the energies of personal desire and of emotional love will be superseded by a living energy which can be sensed in a large way, though it cannot as yet be appropriated in its pure essence; this energy, we call the “love of God.” It is that free-flowing, outgoing, magnetically attractive force which leads each pilgrim back to the Father’s House. It is that force which stirs in the heart of humanity and finds expression through the medium of such great avatars as the Christ; which guides the mystical yearning found in each human being, and works through all movements that have for their objective the welfare of humanity, through philanthropic and educational tendencies of all kinds and through the instinctual motherhood found everywhere. But it is essentially a group sentiency, and only in the Aquarian Age, and as a result of the reappearance of the Christ, will its true nature reach correct understanding and the love of God be spread abroad in every human heart.

Of this world of glamour and illusion, Christ knew much, and in Himself demonstrated that true love could control it. Part of the three great temptations of the Christ in the wilderness was based upon the three aspects of world glamour: the illusions which the mind creates, the glamour of the emotional plane of experience and the maze of earthly circumstances. These all threatened to bewilder Him; He met each of them in turn with the enunciation of a clear-cut principle and not with the wordy arguments of an analytical mind; from that field of threefold experience He went forth to love, to teach and to heal. Christ is the great dispeller of world glamour when He comes, and in this work the Buddha has previously prepared the way. The possibility of such a dispelling and dissipation is therefore definitely centered in the two Avatars, the Buddha and the Christ. One of the essential things at this time is to bring home to humanity and to the nations of the world the nature of the work undertaken by the Buddha and the Christ , and to re-emphasize the truths projected by Them into the arena of world thought. The work of the Lord of Light and of the Lord of Love must be presented anew to a needy world. In this connection, it might be said that some nations need to grasp the teaching of the Buddha which He enunciated in the Four Noble Truths; they must be brought to the realization that the cause of all sorrow and woe is the misuse of desire – desire for that which is material and transitory. The United Nations need to learn to apply the Law of Love as enunciated in the life of Christ and to express the vitality of the truth that “no man liveth unto himself” (Rom., XIV, 7.) and no nation either; the goal of all human effort is loving understanding, prompted by a program of love and right human relations for all mankind.

If the lives of these two great Teachers can be comprehended and Their teachings be wrought out in the lives of men anew today, in the world of human affairs, in the realm of human thinking and in the arena of political and economic intercourse, the present world order (which is so largely disorder) can be so modified and changed that a new world order and a new race of men can gradually come into being. World glamour will be dissipated and world illusion be dispelled.

Within the world of glamour – the world of the astral plane and of the emotions – appeared, centuries ago, a point of light; the Lord of Light, the Buddha, undertook to focus in Himself the illumination which would eventually make possible the dissipation of glamour. Within the world of illusion, the world of the mental plane, appeared the Christ, the Lord of Love Himself. He undertook to dispel illusion by drawing to Himself (by the attractive potency of love) the hearts of all men, and stated this determination in the words, “I, if I be lifted up, will draw all men unto Me.” (John XII, 32.)

The combined work of these two great Sons of God, concentrated through the world disciples and through Their initiates must and will inevitably shatter illusion and dispel glamour – the one by the intuitive recognition of reality by minds attuned to it, and the other by the pouring in of the light of the reason. The Buddha made the first planetary effort to dissipate world glamour; the Christ made the first planetary effort towards the dispelling of illusion. Their work must now be intelligently carried forward by a humanity wise enough to recognize its duty.

Men are being rapidly disillusioned and will consequently see more clearly. World glamour is being steadily removed from the ways of men. Those two developments have been brought about by the incoming new ideas, focussed through the world intuitives and released to the general public by the world thinkers. It is also largely aided by the unconscious, but none the less real, recognition by the masses of the true meaning of these Four Noble Truths. Disillusioned and deglamoured (if I may use such a term) humanity awaits the coming revelation. This revelation will be brought about by the combined efforts of the Buddha and the Christ. All that we can foresee or foretell anent that revelation is that some potent and far-reaching results will be achieved by the merging of light and love, and by the reaction of “lighted substance” to “the attractive power of love.” I have here given a clue to the true understanding of the work of these Avatars – a thing hitherto quite unrealized. It might be added that when an appreciation of the meaning of the words “transfiguration of a human being” is gained, the realization will come that when “the body is full of light” (Luke XI, 36.) then “in Thy light shall we see light.” (Ps. XXXVI, 9.) This means that when the personality has reached a point of purification, of dedication and of illumination, then the attractive power of the soul, whose nature is love and understanding, can function, and fusion of these two will take place. This is what the Christ proved and demonstrated.

When the work of the Buddha (or of the embodied wisdom principle) is consummated in the aspiring disciple and his integrated personality, then the full expression of the work of the Christ (the embodied principle of love) can also be consummated then both of these potencies – Light and Love – will find radiant expression in the transfigured disciple. What is true, therefore, of the individual is true also of humanity as a whole; today humanity (having reached maturity) can “enter into realization” and consciously take part in the work of enlightenment and of spiritual, loving activity. The practical effects of this process will be the dissipation of glamour and the release of the human spirit from the thralldom of matter; it will produce also the dispelling of illusion and the recognition of the truth as it exists in the consciousness of those who are polarized in the awareness of the Christ.

This is necessarily no rapid process; it is an ordered and regulated procedure, sure in its eventual success but relatively slow also in its establishment and sequential process. This process was initiated upon the astral plane by the Buddha, and on the mental plane when Christ manifested on Earth. It indicated the approaching maturity of humanity. The process has been slowly gathering momentum as these two great Beings have gathered around Them Their disciples and initiates, during the past two thousand years. It has reached a point of intensive usefulness as the channel of communication between “the Center where the Will of God is known,” and the Hierarchy where the Love of God demonstrates has been opened and enlarged, and the contact between these two great centers and humanity has been more firmly established.

Thus thousands of intelligent men and women will be enabled to free themselves from all delusion and emotional control. The moment that the hearts of men are active, that moment sees the termination of emotional, solar plexus activity. That is a statement of fact; it is the hearts of men which respond to the call of Christ and it is those hearts which are becoming invocative today. The agonizing emotional cycle through which humanity has passed during the past one hundred years, and the emotional tension in which men today live are also playing their part in fitting humanity to emerge into the realm of clear thought; this will mark a significant turning point in human history and will be one of the results of Christ’s future scientific work (if I may use this term) with the hearts of men, bringing them into rapport with the Heart of God.

Because of the magnitude of this theme and the wide extent of the psychological area in which the mass of men now live, I cannot further enlarge. This field of experience and of trial is well known to all aspirants and is the battlefield of millions. The Christ within, as the Controller of the individual life, can bring that battle to an end; the aspirant can emerge clear sighted and unafraid. The appearance of the Christ among men will do the same thing for humanity as a whole, not in any vicarious sense but through the livingness of His Presence, stimulating the Christ principle in every human heart.