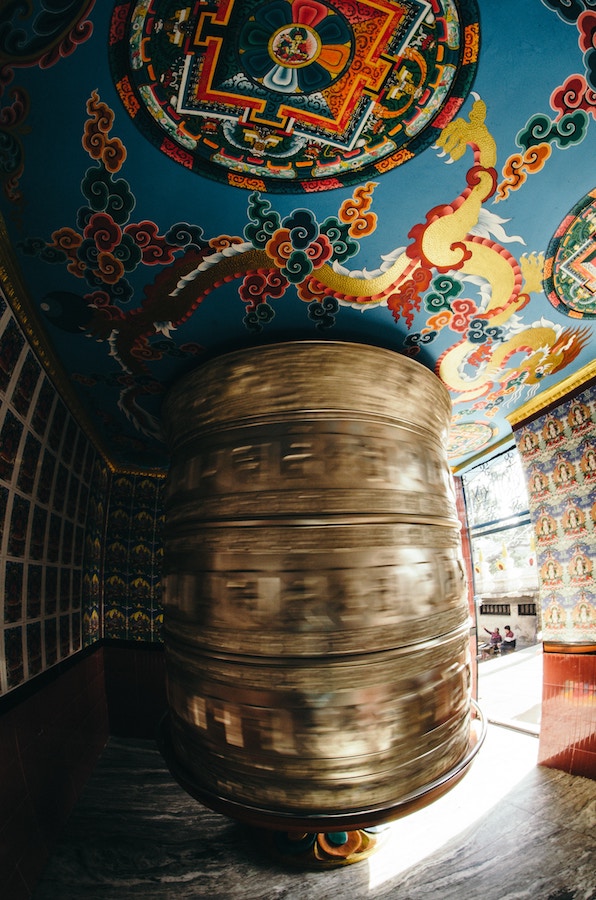 The Creative Work of Sound

Several things are apparent at this juncture to the careful thoughtful student of men and of motives.

First: That idealism and the sensing of the plan for humanity have a close relationship. Idealism is analogous to the thought that precedes creation. The capacity for abstract thought and for concentration on the ideal is only now in process of development, for this capacity involves the utilization of certain atoms, the employment of matter of the higher subplanes and the ability to synchronize one’s vibrations with the Great Ones. Only a few people in the race are true idealists (though their numbers are increasing); the small minority only, employ the concrete mind; while the masses are swayed entirely by the emotions. The time is coming when the intuitional body (the buddhic vehicle) will be organized, utilizing the higher spiritual mind as its medium. When that organization is completed the lower concrete mind will be nothing but a transmitter or an interpreter. Even abstract or concrete thought will be superseded, and we shall have simply the inflow of the intuition, taking form through the medium of the mind stuff. We shall, therefore, have the apprehension of much that is now incomprehensible to our lower plane vision.

In all great movements you have some thought or aggregation of thoughts cast into the minds of the so-called idealists by the Great White Brotherhood. The idea is sounded forth by Them. They choose a man or a group of men and cast into their minds some idea. There it germinates and is embodied by them in other thoughts, not so pure or so wise but necessarily colored by the individuality of the thinker. These thought-forms are, in their turn, picked up by the concrete thinkers of the world who – grasping the main outline of the idea – crystallize it and build it into more definite shape, into one more easily apprehended by the general public. It has therefore now reached the lower levels of the mental plane, and a further development becomes possible. It is then seized upon as desirable by those who are focused upon the astral plane; to them it makes an emotional appeal, becoming public opinion. It is now practically ready to take shape upon the physical plane, and we have the practical adaptation of an ideal to the needs of the physical life. It has been stepped down; it has lost much of its original beauty; it is not as pure and as lovely as when first conceived, and it is distorted from its original shape but it is, nevertheless, more adapted to public use and can be employed as a stepping-stone to higher things.

Secondly: In this sensing of the plan and its later materialization, human units are involved and men have perforce to be employed. A vision is given of tremendous possibilities and indications are also granted of the manner in which these possibilities may become facts, but beyond that the Great Ones do not go. The detail and the method of concretizing the ideal and the necessary work is left to the sons of men. To the disciple who is an organizer and transmitter of the Plan falls the work of filling in the details and of taking the necessary action. At this point it is wise for him to remember that be comes (with his little plans) under the same law as do the Great Ones in Their large endeavors, and that it is in his dealings with people and his manipulation of the human equation that the difficulties arise.

The first group the Masters can contact. They work with these units of the human family and expect fair promise of average success. These both hear the sound, and vision the Plan. The second group have to be utilized as best may be, by the disciples of the world. The final group are frequently to be offset from the energy standpoint, and only used when necessary.

One of the primary conditions that a disciple has to cultivate, in order to sense the plan and be used by the Master, is solitude. In solitude the rose of the soul flourishes; in solitude the divine self can speak; in solitude the faculties and the graces of the higher self can take root and blossom in the personality. In solitude also the Master can approach and impress upon the quiescent soul the knowledge that He seeks to impart, the lesson that must be learnt, the method and plan for work that the disciple must grasp. In solitude the sound is heard. The Great Ones have to work through human instruments and the plan and the vision are much handicapped by failure on the part of these instruments.

Third: This brings me to the third point, the problems and the difficulties with which the Masters have to contend as They seek to further the plans of evolution through the medium of the sons of men. In conclave wise They make their plans; with judgment, after due discussion, They apportion the tasks; then, to those who offer themselves for service and who have some measure of soul contact, They seek to transmit as much of the plan as possible. They impress the plan and some suggestion as to its scope upon the mind of some man or some woman upon the physical plane. If that mind is unstable or over-satisfied, if it is filled with pride, with despair, or with self-depreciation, the vision does not come through with clarity of outline; if the emotional body is vibrating violently with some rhythm set up by the personality, or if the physical vehicle is ailing and concentrated attention is therefore prevented, what will happen? The Master will turn sadly away, distressed to think of the opportunity for service that the worker has lost through his own fault, and He will seek someone else to fill the need, – someone perhaps not so fundamentally suitable, but the only one available on account of the failure of the first one approached.

It might incidentally be of value here to remind aspirants to service that much work done by many is the result of over-zealousness and is not a carrying forward of the Master’s work. With wise discrimination He apportions the work and never lays upon one human being more than he can adequately accomplish. He can and does train His disciple so that it appears to the onlooking world as if he accomplishes miracles but forget not that the vast amount of work accomplished by one useful disciple only becomes possible when the control of all his three bodies is coordinated and his alignment accomplished. He who has a stable mental body that is strongly positive in reception from above, whilst negative to lower vibrations, he who has an astral body that is clear, uncolored and still, he who also has a physical body with steady nerves and stable rhythm (it will be like a casket, beautiful, yet strong as steel) will serve as a vessel meet for the Master’s use, a channel through which He can unhindered pour His blessing upon the world.

Fourth: It should be noted that even the Great Ones Themselves have to lay Their plans largely allowing for the lack of perception of those on the physical plane through whom They have to work. They are handicapped and dependent upon Their physical plane instruments and Their main trouble concerns the point of evolution reached by the mass of men in the Occident.

Remember that this point is indicative of the success of the evolutionary process and not of its failure but, because much yet remains to be done, the work of the Lodge is often hindered. The point reached at this time might be expressed as a swinging from the rank materialism of the past into a growing and profound realization of the unseen worlds without the balance that comes from self-acquired knowledge. The forces that have been set in motion by the thinkers – the scientists of the world, the truly advanced religious men, the Spiritualists, the Christian Scientists, the New Thought workers, the Theosophists and the modern philosophers and workers in other fields of human thought – are gradually and steadily affecting the subtler bodies of humanity and are bringing them to a point where they are beginning to realize three things:

Fifth: Certain dangers which aspirants must watch as they seek to be of use should here be mentioned:

Another point that has to be remembered is that the problem to be solved by all who are seeking to cooperate with the Great White Lodge has four objects in view.

Second. Another object is the preparing of an instrument for service in the inauguration of the New Age during the next two hundred years. The integration of a group of knowers and of mystics is going on steadily in all parts of the world and in all organizations. One group is being gathered but its members belong to many groups. To this group of knowers and mystics is given the opportunity of being the channel through which the Hierarchy can work, and through which the Great Ones can send Their illuminating thought. Through it also they can work for the uplift (in the occult sense) of humanity and thus aid evolution on every plane. According to the response of disciples, of mystics and of knowers everywhere, so will be the rapid coming in of the New Age.

I here seek to sound a word of warning: In the failure to respond, in the failure to adjust, construct and refine, in the failure to turn the inner ear to those voices on the subtler planes which utter “the Words of Reconstruction” may come the ultimate transference of the forces of reconstruction to other channels, the consequent withholding of opportunities and the ultimate discarding of the instrumentality of the group as a medium of service. I would like to emphasize the statement anent “the words of Reconstruction,” begging all of you who earnestly desire to hear these words to study the Introduction to the book, Light on the Path. Let it be remembered that if the Great Ones have to change Their plans as to this integrating group of mystics, it will be changed by the mystics themselves – viewed as a group.

The third objective is the development of the intuition and discrimination of the disciples in the world, and their ability to sense the higher vision and to achieve at the cost of the lower, the consciousness of that higher plane. They will have to remember that the lower objective, owing to its proximity, will loom in many ways more attractive, and can only be transcended at infinite cost. Intuition must be developed in many people, and their sense of values adequately adjusted before this group, which must inaugurate the New Age, can measure up to the requirements.