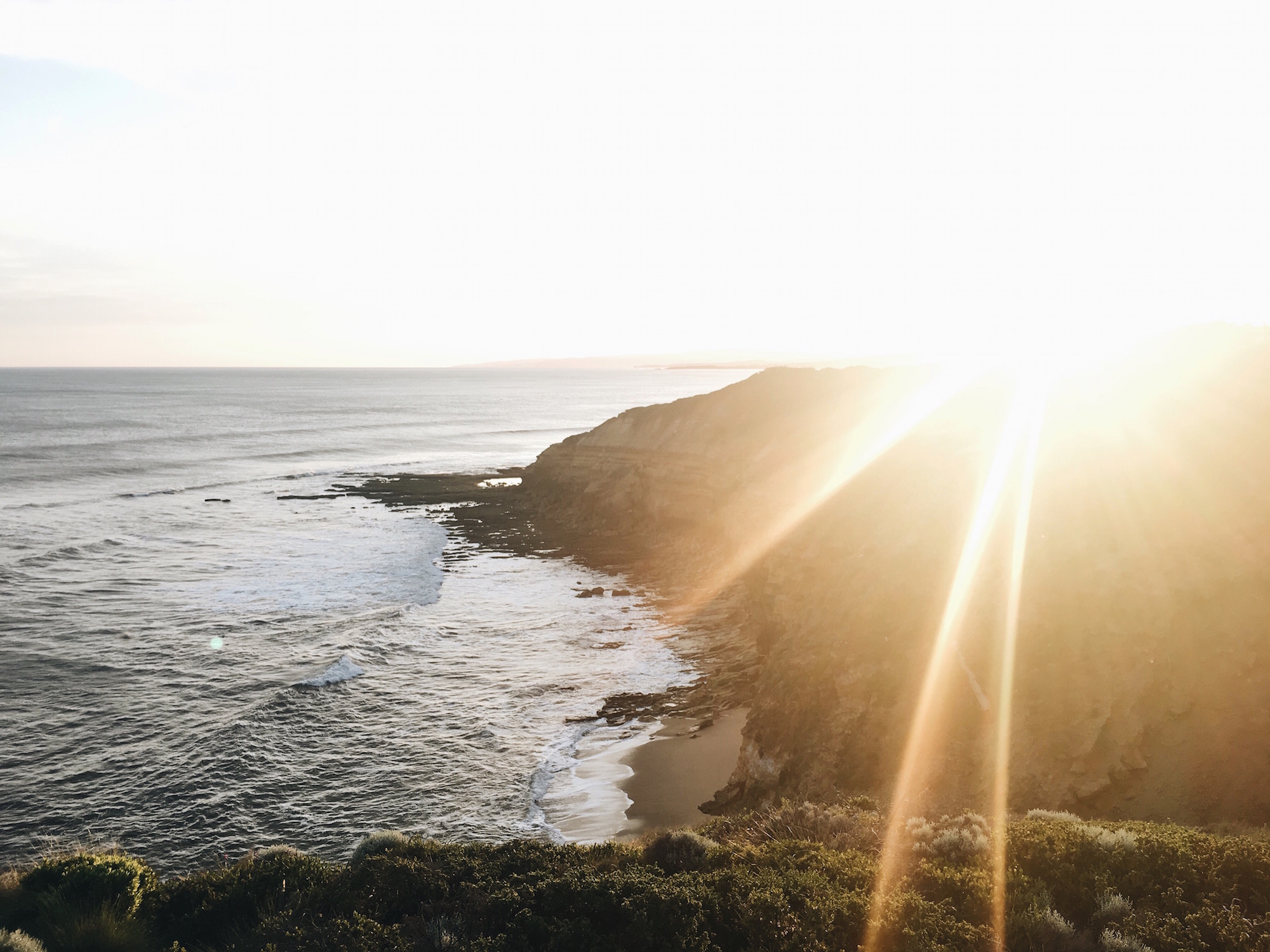 There are six ancient formulas or symbolic forms which are to be found in the archives for disciples. They concern the six fundamental prerequisites for initiation. They are used prior to all the major initiations, and have therefore five significances or meanings which will become apparent only as each of these initiations is undergone. They are in the form sometimes of symbols and sometimes of words, and are amongst the oldest formulas in the world. They have been used down the ages by all disciples and initiates of the Great White Lodge. They concern what are called “the six relations.” Each of these relations must find expression in attitude, in service, and in some deeper expansion of consciousness, to which I may not refer but which must be self-ascertained. It is essential that the would-be initiate discover for himself the esoteric, inner and subjective value of the formula under his consideration. Just one hint however in this latter connection I may give.

The disciple, when he becomes an accepted disciple (and this through the Lodge’s recognition of his pledge to his own soul), arrives at a definite and factual recognition of the Hierarchy. His suppositions, his desires, his aspirational wish-life, his theories, or whatever you may choose to call his reaching out and up towards divinity, give place to clear knowledge of the liberated group of souls. This happens not through the occurrence of convincing phenomena, but through an inflow of the intuition. He undergoes, therefore, an expansion of consciousness which may or may not be registered in the brain. Every step of the way from that point of recognition onward has to be consciously achieved and must involve a conscious recognition of a series of expansions. These expansions are not initiation. Have that clearly in your mind. The initiation lying immediately ahead is simply the effect of the recognition. They might be called “stabilizing points of crisis,” in which the “occasional becomes the constant and the intended becomes the intentional.” Ponder on these words. The Hierarchy is now a fact in your life and your awareness. What is the next fact or point of integration or consciously achieved inclusiveness? A study of the formulas and their correct use will reveal this to you. I have laid the emphasis upon visualization and given you some hints connected both with initiation and the creative work of the imagination, because these teachings and the development of these faculties will require calling into play your understanding, if the formulas connected with initiation are to be given. These six formulas are therefore formulas of integration, and one or two hints may here be imparted.

Formula One concerns, as I have told you, integration into a Master’s group, and it has two uses – if I might so express it from your particular point of view. One produces a group inclusiveness, which integrates you with your group brothers into my group and brings a revelation of the hidden side of a chela’s life. When I say this I refer to his new astral conditioning. This is given the name of the Revelation of Group Feeling. This subject is vaster in its implications than you might surmise, for it concerns united group sensitivity or response, outwards to the world of men, inwards to the Hierarchy, and upwards to the Monad. It does not concern the subtotal of the petty moods and feelings of the personalities of the group members. Its second use is to bring about contact with the Master of your group – in this case myself, the Master D.K. This is a process which I have already done my best to help you to achieve through my instructions re the Full Moon contact – something you have most inadequately understood and attempted. Perhaps now you will work harder at the production of “contact relationship” as it is esoterically called. It is with Formula One that you must now work.

Formula Two deals with alignment; not alignment as it is understood in the very necessary preparatory work of the Arcane-School. That form of alignment is the production of effective and direct contact with the soul. The alignment to which this formula refers is connected with the antahkarana. This will be our next consideration when Formula One has brought about certain changes in consciousness. I shall not consider these formulas at present. I will only point out their major implications which will be seldom what you think, conditioned as you are by the terms and interpretations of the lower mind.

Formula Three is related to certain changes in the egoic lotus. These changes might be inadequately expressed in the terms of the Old Commentary:

Formula Four has a specific effect upon the “jewel in the lotus,” awakening it to life; this it does (through effects produced) upon the three planes of the three worlds, this bringing about changes in the seven wheels (centers) so that the “dynamic point at the center of each wheel obliterates the lesser points of force, and thus the wheel begins to turn upon itself.”

Formula Five awakens the Will, but any interpretation of this awakening would prove meaningless to you until the previous four formulas have established an effect upon you and the needed interior changes have taken place.

Formula Six is sometimes called “the word of death.” It negates the destructive effect of the death process which is going on all the time within the mechanism of the disciple or initiate. The death proceeds with its needed work, but it is not destructive in effect. This formula has never been given out before to disciples, but can now be known because the Piscean Age is one in which at last the power of physical death is definitely broken and the signature of the Resurrection is revealed. In this esoteric negation of death are the deeply hidden and impressive causes of the two stages of the world war (1914-1945), and in this formula lies the significance lying behind the “fight for freedom” of the peoples of the world. It is sometimes called “the formula of liberation.”

If you were a disciple who had access to the archives wherein instructions for disciples are contained, you would be confronted (in relation to the six formulas referred to above) by six large sheets of some unknown metal. These look as if made of silver and are in reality composed of that metal which is the allotrope of silver and which is therefore to silver what the diamond is to carbon. Upon these sheets are words, symbols, and symbolic forms. These, when related to each other, contain the formulas which the disciple has to interpret and integrate into his waking consciousness. This must be done through the medium of living processes.

As I cannot show you these formulas upon the physical plane, the best that I can do is to describe them to you, and in this Instruction I will seek to describe Formula One. The comprehension of the words and symbols produces two reactions in the consciousness of the disciple – and when a group of disciples are working with the same formula (as is the case in this group) this is intensified and of still greater value.

The first reaction is called the “Formula of Revelation” and is related to the united sensitivity of the group. As, together, the group members brood upon and come to an understanding of the formula, they will swing into a responsiveness to the feeling and sensitive reactions of the individuals in the group, and these, together, constitute and form the astral body of the group.

When this reaction has been established (and a spirit of non-criticism and of love will greatly aid in the process), the group together can arrive at the second purpose of the formula, which is called “the discovery of the point within the circle.” This signifies – as far as the group is involved – the revelation of the central coherent force of the group itself. This is – at the same time and until after the higher initiation which we call the fourth initiation – the Master at the center of the group. This is, consequently, the correspondence to the “jewel in the lotus,” where the individual is concerned, to the Hierarchy, where humanity is concerned, and to the central point of life in all forms. Of form and of consciousness, the circle and the point are the natural symbols. This applies equally to the atom, to man, to the planet and to the solar system. The concept must constitute the foundational idea in all reflection upon this formula.

Now for the formula itself:

“A line of fire between two blazing points. A stream of water blue – again a line – emerging from the earth – and ending in the ocean. A tree with root above and flowers below.

“Out of the fire, and always at the midway point, appears the eye of God (Shiva). Upon the stream, between the two extremes, there floats the eye of vision – a thread of light unites the two.

“Deep in the tree, between the root and flowers, the eye again is seen. The eye that knows, the eye that sees, the directing eye – one made of fire, one fluid as the sea, and two which look from here to there. Fire, water and the earth – all need the vital air. The air is life. The air is God.”

The significance of this formula is not difficult for the advanced student to grasp in connection with himself. The eye of knowledge, the eye of vision and the directing eye of Deity are familiar to him. But it is the great and major esoteric implications which I ask you to consider. An extension of these concepts to a Master and his ashram or his group of practicing disciples, is of value to you in your reflective consciousness. The first and obvious interpretation concerns the eye of knowledge. But what of the eye of vision when duality is being overcome, and what of the “purpose for which the worlds were made” – the little world of the individual (once individuality is achieved) and the greater world of an organized group, integrated and functioning as a unit, and the distant subtle world of divine intent?

I say no more in this connection. I commend to your brooding reflection these subtle implications. I would ask you to ponder on them and – prior to the Wesak Full Moon – I would ask you to write your understanding of the formula from two angles. About these two angles you definitely should have ideas.

Both these unites utilize the eye of knowledge and the eye of vision.