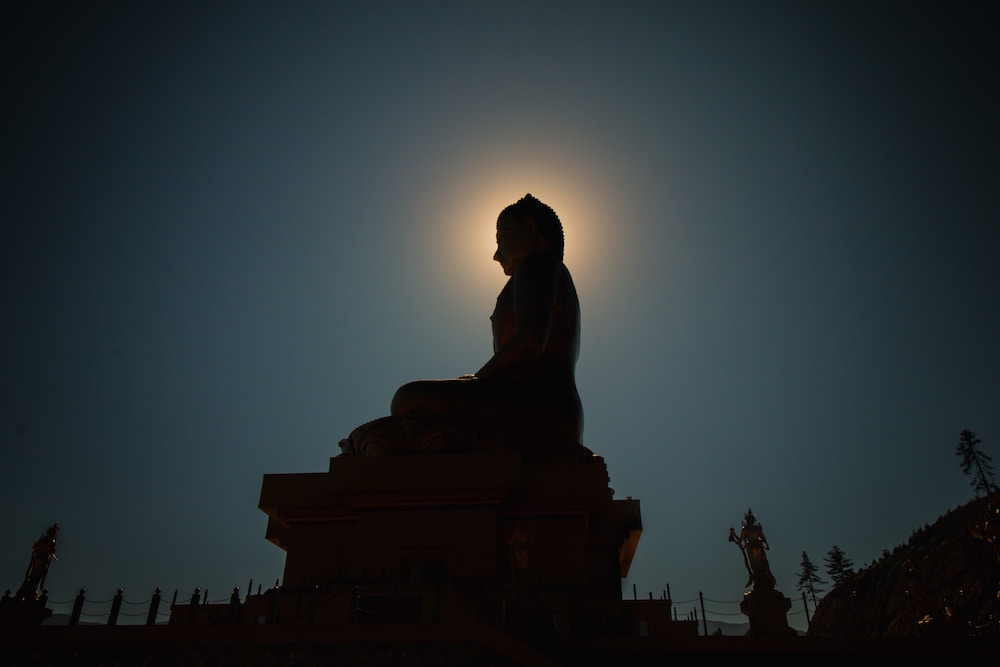 1. It enables a man to contact the Soul and to align the three lower bodies.

2. It puts a man into an attitude of equilibrium, neither utterly receptive and negative, nor utterly positive, but at the point of balance. Thus is afforded opportunity to the Ego, and later to the Master, to disturb that equilibrium and tune the quiescent vibration to a higher note than heretofore; to cause the consciousness to vibrate to a newer and higher measure, and to swing (if so I may express it) into the periphery of the threefold Spirit. By the constant practice of this, the whole point of equilibrium is gradually shifted higher and higher, until the time comes when the lower point of attraction in the swinging and adjustment, is not the physical, touches not the emotional, contacts not the mental (the causal body even escaping) and the man is polarized in the spiritual consciousness from thenceforth.

This marks the fourth Initiation; after that Initiation, the Adept makes for Himself a body of manifestation, a free creation, – there is nothing in Him to call into objectivity a body for use in the three worlds and evolved under the Law of Causes.

3. It stabilizes the lower vibrations on the subplanes of the emotional and mental planes. It commences the work of attuning the self to the vibration of the third subplane on each of the three lower planes, until that subplane is dominated. The second subplane is then the next to be synchronized.

A man reaches the point of personality attainment in this cycle when he has the capacity to vibrate and move consciously on the fourth subplane. We might term the fourth subplane on the physical, emotional and mental planes (when dominated, aligned and functioning simultaneously in the same incarnation) the plane of perfected personality in the concrete sense of the word, and from the lower vision. That particular incarnation will be one in which the man achieves the fullest expression of his lower self, – physically perfect, emotionally vibrant, and mentally colossal. Then succeeding that, begins the transference to a higher vibration, the keying up to the Higher Self, and the attuning of the Personality, or the major third, to the dominant fifth of the Ego.

4. It assists in the transference of the polarization from one of the permanent atoms of the Personality into the corresponding atom in the spiritual Triad. Later I will elucidate this further.

Hence may easily be seen the essential nature of Meditation and its wise, diligent and serious following.

Early in experience, after the attainment of the highest the lower nature has to offer, man begins to meditate. Disorderly at first are his attempts, and sometimes several incarnations may go by in which the Higher Self only forces the man to think and seriously to meditate at rare and separated intervals. More frequently come the occasions of withdrawing within, until there arises for the man several lives given to mystic meditation and aspiration, culminating usually in a life given entirely to it. It marks the point of the highest emotional aspiration, apart from the scientific application of the law, via the mental body. These laws are those governing the true occult meditation.

Behind each of you who are working definitely under one of the Masters, lie two lives of culmination: – the life of worldly apotheosis and the life of intensest meditation along the mystic or emotional-intuitional line. This meditative life was taken either in a monastery or nunnery in middle Europe by those linked with the Master Jesus and His disciples, or in India, Tibet or China by the pupils of the Master M. or the Master K. H.

Now comes to all of you the most important series of lives to which the previous points of culmination were but stepping stones. In the lives immediately ahead of those upon the Path will come final achievement through the instrumentality of the ordered occult meditation, based on law. For some few may come attainment in this life or the next; for others, shortly in other lives. For a few there lies ahead the attainment of the mystic method, to be the basis later on of the occult or mental method.