Death and the Etheric Body 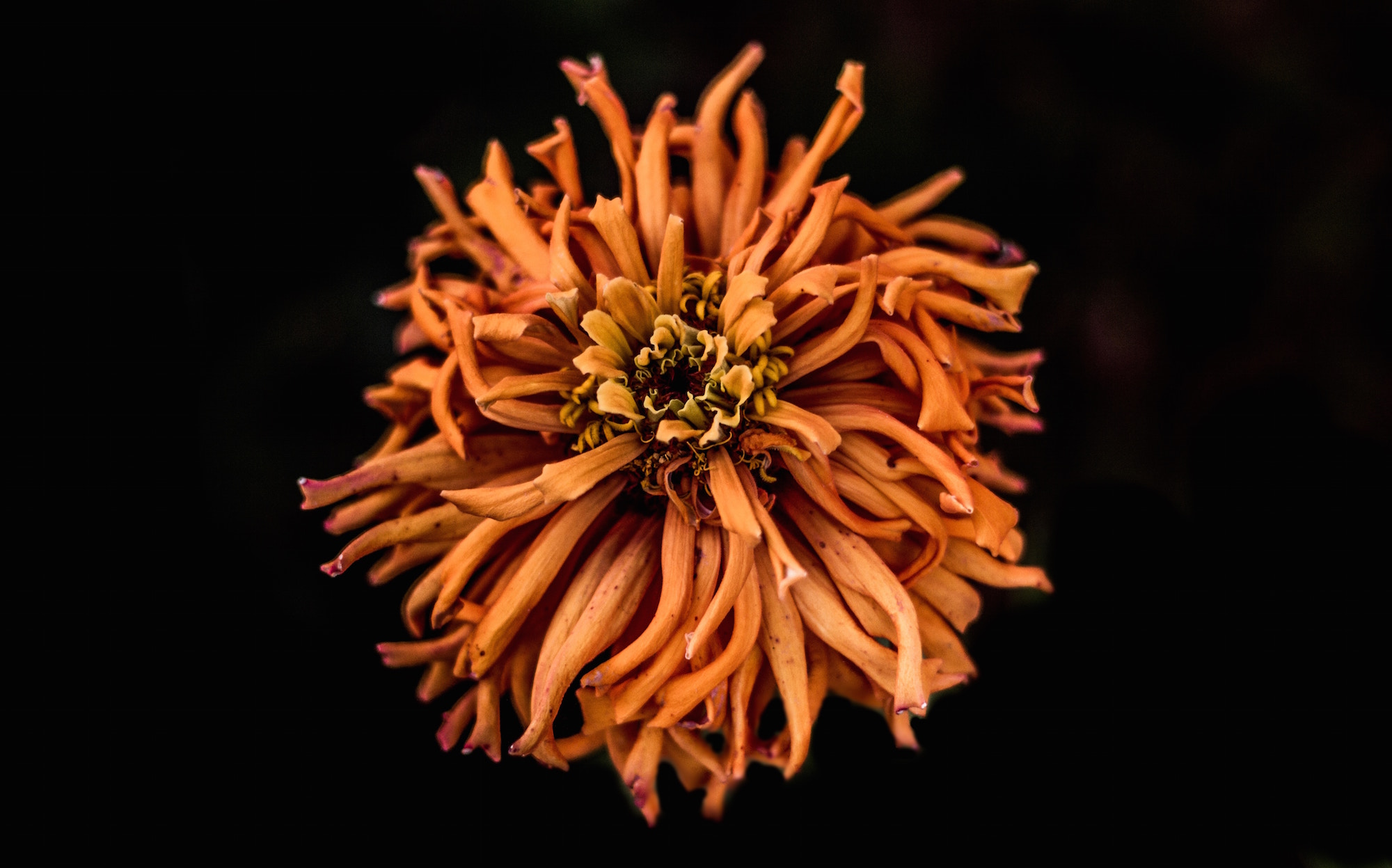 Death and the Etheric Body

It is not our purpose to give facts for verification by science, or even to point the way to the next step onward for scientific investigators; that we may do so is but incidental and purely secondary. What we seek mainly is to give indications of the development and correspondence of the threefold whole that makes the solar system what it is – the vehicle through which a great cosmic ENTITY, the solar Logos, manifests active intelligence with the purpose in view of demonstrating perfectly the love side of His nature. Back of this design lies a yet more esoteric and ulterior purpose, hid in the Will Consciousness of the Supreme Being, which perforce will be later demonstrated when the present objective is attained. The dual alternation of objective manifestation and of subjective obscuration, the periodic outbreathing, followed by the inbreathing of all that has been carried forward through evolution embodies in the system one of the basic cosmic vibrations, and the keynote of that cosmic ENTITY whose body we are. The heart beats of the Logos (if it might be so inadequately expressed) are the source of all cyclic evolution, and hence the importance attached to that aspect of development called the “heart” or “love aspect,” and the interest that is awakened by the study of rhythm. This is true, not only cosmically and macrocosmically, but likewise in the study of the human unit. Underlying all the physical sense attached to rhythm, vibration, cycles and heartbeat, lie their subjective analogies – love, feeling, emotion, desire, harmony, synthesis and ordered sequence, – and back of these analogies lies the source of all, the identity of that Supreme Being Who thus expresses Himself.

What is the result of this withdrawal, or rather what causes that something which we call death or pralaya? As we are strictly pursuing the textbook style in this treatise, we will continue our methods of tabulation. The withdrawal of the etheric double of a man, a planet, and a system is brought about by the following causes:

a. The cessation of desire. This should be the result of all evolutionary process. True death, under the law, is brought about by the attainment of the objective, and hence by the cessation of aspiration. This, as the perfected cycle draws to its close, will be true of the individual human being, of the Heavenly Man, and of the Logos Himself.

b. By the slowing down and gradual cessation of the cyclic rhythm, the adequate vibration is achieved, and the work accomplished. When the vibration or note is perfectly felt or sounded it causes (at the point of synthesis with other vibrations) the utter shattering of the forms.

Motion is characterized, as we know, by three qualities:

These three are experienced in just the above sequence and presuppose a period of slow activity, succeeded by one of extreme movement. This middle period produces incidentally (as the true note and rate is sought) cycles of chaos, of experiment, of experience and of comprehension. Following on these two degrees of motion (which are characteristic of the atom, Man, of the Heavenly Man or group, and of the Logos or the Totality) comes a period of rhythm and of stabilization wherein the point of balance is achieved. By the force of balancing the pairs of opposites, and thus producing equilibrium, pralaya is the inevitable sequence.

c. By the severing of the physical from the subtler body on the inner planes, through the shattering of the web. This has a threefold effect:

First. The life that had animated the physical form (both dense and etheric) and which had its starting point in the permanent atom and from thence “pervaded the moving and the unmoving” (in God, the Heavenly Man, and the human being, as well as in the atom of matter) is withdrawn entirely within the atom upon the plane of abstraction. This “plane of abstraction” is a different one for the entities involved:

All these mark the points for the disappearance of the unit into pralaya. We need here to remember that it is always pralaya when viewed from below. From the higher vision, that sees the subtler continuously over-shadowing the dense when not in objective manifestation, pralaya is simply subjectivity, and is not that “which is not,” but simply that which is esoteric.

Second. The etheric double of a man, a planetary Logos, and a solar Logos, being shattered, becomes non-polarized as regards its indweller, and permits therefore of escape. It is (to word it otherwise) no longer a source of attraction, nor a focal magnetic point. It becomes non-magnetic, and the great Law of Attraction ceases to control it; hence disintegration is the ensuing condition of the form. The Ego ceases to be attracted by its form on the physical plane, and, proceeding to inbreathe, withdraws its life from out of the sheath. The cycle draws to a close, the experiment has been made, the objective (a relative one from life to life and from incarnation to incarnation) has been achieved, and there remains nothing more to desire; the Ego, or the thinking entity, loses interest therefore in the form, and turns his attention inward. His polarization changes, and the physical is eventually dropped.

The planetary Logos likewise in His greater cycle (the synthesis or the aggregate of the tiny cycles of the cells of His body) pursues the same course; He ceases to be attracted downward or outward, and turns His gaze within; He gathers inward the aggregate of the smaller lives within His body, the planet, and severs connection. Outer attraction ceases and all gravitates towards the center instead of scattering to the periphery of His body.

In the system, the same process is followed by the solar Logos; from His high place of abstraction, He ceases to be attracted by His body of manifestation. He withdraws His interest and the two pairs of opposites, the spirit and the matter of the vehicle, dissociate. With this dissociation the solar system, that “Son of Necessity,” or of desire, ceases to be, and passes out of objective existence.

Third. This leads finally, to the scattering of the atoms of the etheric body into their primordial condition. The subjective life, the synthesis of will and love taking active form, is withdrawn. The partnership is dissolved. The form then breaks up; the magnetism that has held it in coherent shape is no longer present, and dissipation is complete. Matter persists, but the form no longer persists.

The work of the second Logos ends, and the divine incarnation of the Son is concluded. But the faculty or inherent quality of matter also persists, and at the end of each period of manifestation, matter (though distributed again into its primal form) is active intelligent matter plus the gain of objectivity, and the increased radiatory and latent activity which it has gained through experience. Let us illustrate: The matter of the solar system, when undifferentiated, was active intelligent matter, and that is all that can be predicated of it. This active intelligent matter was matter qualified by an earlier experience, and colored by an earlier incarnation. Now this matter is in form, the solar system is not in pralaya but in objectivity, – this objectivity having in view the addition of another quality to the logoic content, that of love and wisdom. Therefore at the next solar pralaya, at the close of the one hundred years of Brahma, the matter of the solar system will be colored by active intelligence, and by active love. This means literally that the aggregate of solar atomic matter will eventually vibrate to another key than it did at the first dawn of manifestation.

We can work this out in connection with the planetary Logos and the human unit, for the analogy holds good. We have a correspondence on a tiny scale in the fact that each human life period sees a man taking a more evolved physical body of a greater responsiveness, tuned to a higher key, of more adequate refinement, and vibrating to a different measure. In these three thoughts lies much information, if they are carefully studied and logically extended.

d. By the transmutation of the violet into the blue. This we cannot enlarge on. We simply make the statement, and leave its working out to those students whose karma permits and whose intuition suffices.

e. By the withdrawal of the life, the form should gradually dissipate. The reflex action here is interesting to note, for the greater Builders and Devas who are the active agents during manifestation, and who hold the form in coherent shape, transmuting, applying and circulating the pranic emanations, likewise lose their attraction to the matter of the form, and turn their attention elsewhere. On the path of outbreathing (whether human, planetary or logoic) these building devas (on the same Ray as the unit desiring manifestation, or on a complementary Ray) are attracted by his will and desire, and perform their office of construction. On the path of inbreathing (whether human, planetary or logoic) they are no longer attracted, and the form begins to dissipate. They withdraw their interest and the forces (likewise entities) who are the agents of destruction, carry on their necessary work of breaking up the form; they scatter it – as it is occultly expressed – to “The four winds of Heaven,” or to the regions of the four breaths – a fourfold separation and distribution. A hint is here given for careful consideration.

Though no pictures have been drawn of death bed scenes nor of the dramatic escape of the palpitating etheric body from the center in the head, as might have been anticipated, yet some of the rules and purposes governing this withdrawal have been mentioned. We have seen how the aim of each life (whether human, planetary or solar) should be the effecting and the carrying out of a definite purpose. This purpose is the development of a more adequate form for the use of the spirit; and when this purpose is achieved then the Indweller turns his attention away, and the form disintegrates, having served his need. This is not always the case in every human life nor even in each planetary cycle. The mystery of the moon is the mystery of failure. This leads, when comprehended, to a life of dignity and offers an aim worthy of our best endeavor. When this angle of truth is universally recognized, as it will be when the intelligence of the race suffices, then evolution will proceed with certainty, and the failures be less numerous.